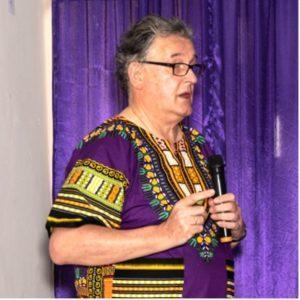 Giving his talk at Immuno-Ethiopia in February, 2020.

Professor Martin Herrmann, PhD, MD is a Professor of Experimental Medicine who developed an interest in Immunology. He started his career as a scientific assistant in the department of Internal Medicine, Rheumatology and Immunology, University Hospital, Erlangen, Erlangen-Nuremberg in Germany. He had a short postdoctoral training at the University of Alabama, Birmingham, USA. He then returned to Germany and took up a position as a lecturer and head of the Autoimmunity Research Group, he was then promoted to extraordinary Professor in 2004. He has over 400 hundred peer-reviewed publications in the field of Immunology.

What are your research Interests? I was initially interested in the pathogenesis of systemic lupus erythematosus (SLE) and I worked on that for years. I am currently investigating neutrophil-driven inflammation and the role of neutrophil extracellular traps in this process. 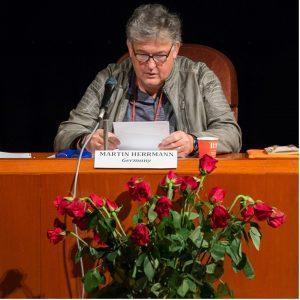 What made you choose to specialize in the field of Immunology? To work on disease pathologies was an aim already when I studied biology. The personal decision to focus on immunology was influenced by (i) my affinity to the former head of the Clinic: Prof. Joachim R. Kalden (ii) and the fact that immunology had a boost in the 19th and 20th century, due to the possibility to type and discriminate the immune cells by the use of monoclonal antibodies.

Who or what influenced your research focus? My research focus was not influenced by the topic but by persons. I focused on the main topics of the Department of Medicine 3 – Rheumatology and Immunology propagated by the respective clinic directors Prof. Jochim R. Kalden and Prof. Georg A. Schett.

What do you consider your most important research finding? I consider the following my most important findings:  (i) The discovery that deficient clearance of apoptotic cells, especially in the germinal centers, orchestrate the pathogenesis of SLE. (ii) That Neutrophil extracellular traps contribute to the initiation and resolution of inflammation and these Neutrophil extracellular traps have the potential to occlude vessels (e.g. in COVID-19) and ducts (e.g. pancreatic ducts) and to cause gallstone formation.

What advice do you have for upcoming Immunologists? I do not give any general advice on personal decisions. However, I’ll say the field of immunology is still very innovative.