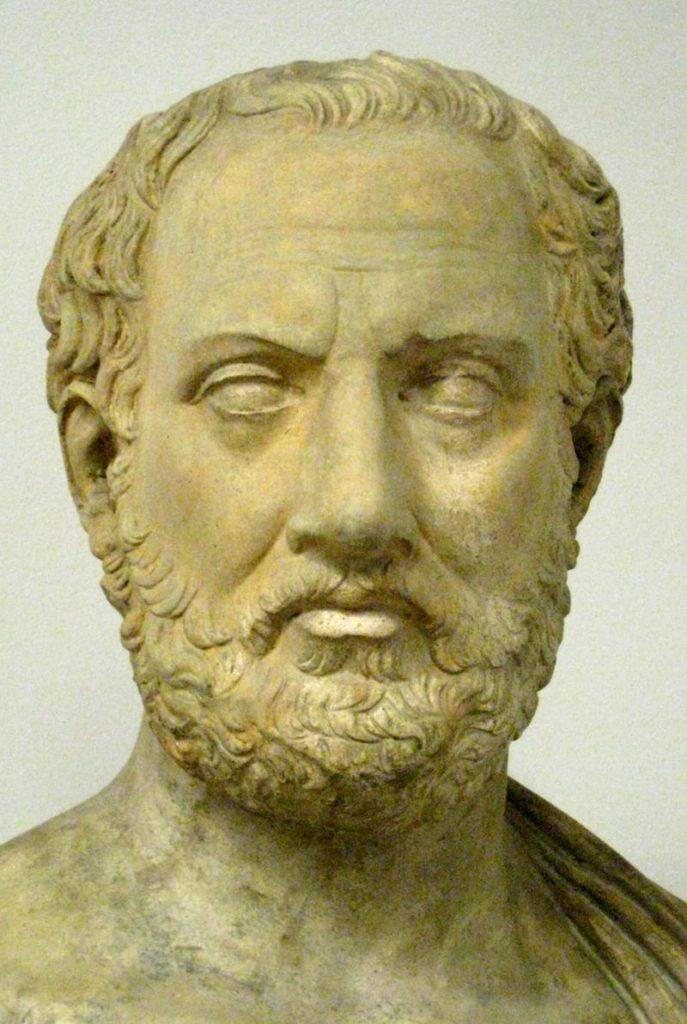 Thucydides, in his description of the plague of Athens of B.C.430:  “Yet it was with those who had recovered from the disease that the sick and the dying found most compassion. These knew what it was from experience, and had now no fear for themselves; for the same man was never attacked twice – never at least fatally.” 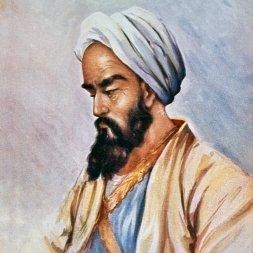 Rhazes (880-932) believed that smallpox was due to a fermentation of the blood which was permitted by its “excess moisture.” Immunity is explained by expulsion of the “excess moisture” from the body during the first attack. 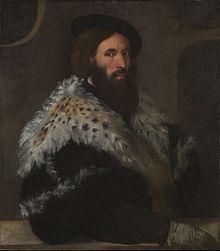 Girolamo Fracastoro (1478-1553) explained that acquired immunity to smallpox results from the expulsion during the first illness of the menstrual blood contaminant without which clinical disease could not recur. 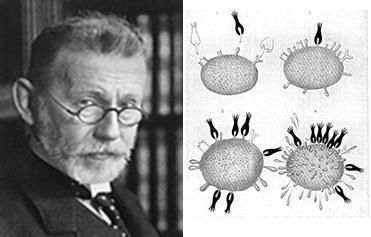 “Regarded in accordance with this conception, the antitoxins represent nothing more than side-chains reproduced in excess during regeneration, and therefore pushed off from the protoplasma, and so coming to exist in a free state” 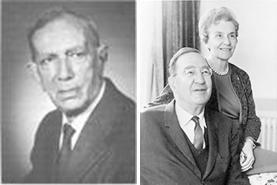 “The completed antibody molecule will therefore possess to some degree a stereochemical correspondence with the antigen for the reason that each structural unit has been selected and oriented, at the moment of synthesis into the antibody molecule, to fit the local configuration and affinities of the antigen surface” 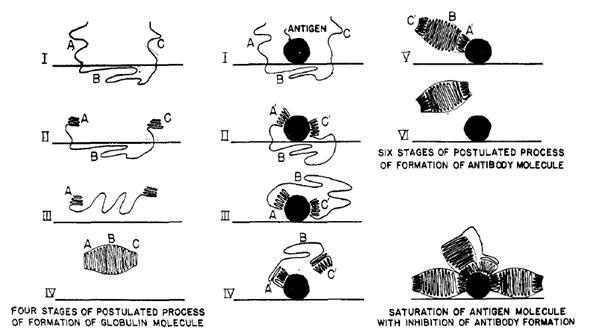 “It is assumed that antibodies differ from normal serum globulin only in the way in which the two end parts of the globulin polypeptide chain are coiled, these parts, as a result of their amino-acid composition and order, having accessible a very great many configurations with nearly the same stability; under the influence of an antigen molecule they assume configurations complementary to surface regions of the antigen, thus forming two active ends. After the freeing of one end and the liberation of the central part of the chain this part of the chain folds up to form the central part of the antibody molecule, with two oppositely-directed ends able to attach themselves to two antigen molecules.” 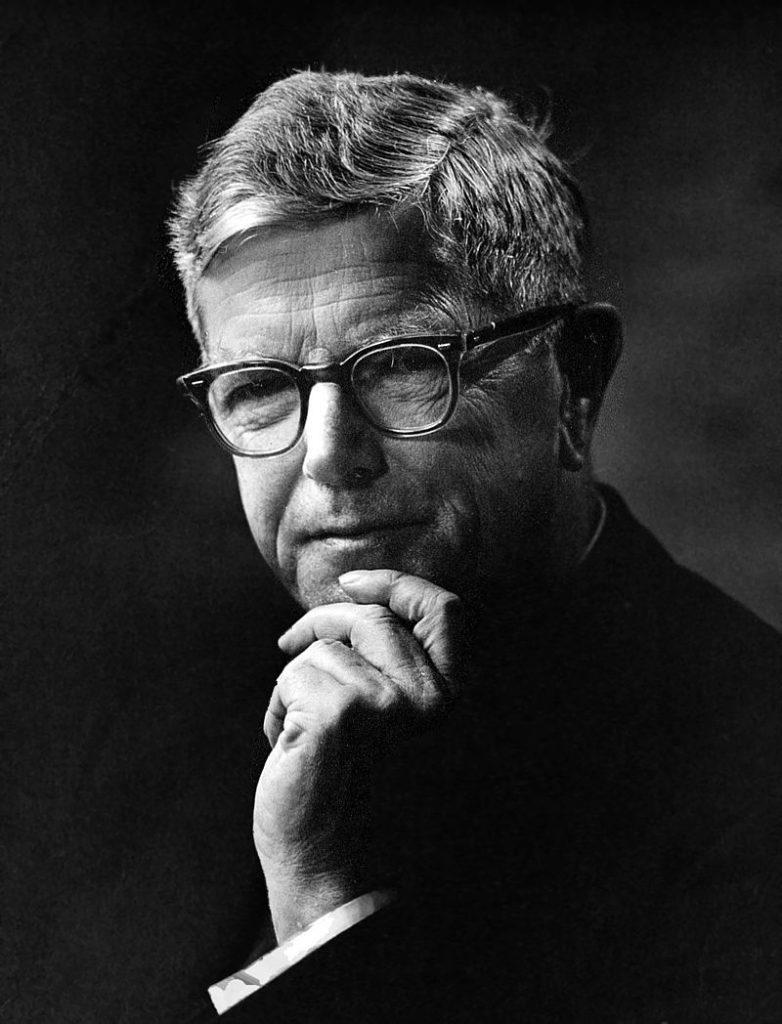 “Burnet postulated that once introduced into the body, antigen would find its way into the cells of the reticuloendothelial system, where contact with local proteinases would result in adaptive modification of the enzymes during the dissolution of the antigen molecule. These newly adapted enzymes would then be able to synthesize a globulin molecule specific for the antigen in question. Moreover, these adaptive enzymes would not only replicate within the antibody forming cell itself, but the information for antibody specificity which they carried would be perpetuated also within any daughter cells that might result from proliferative activity. Such an expanded population of specifically adapted antibody forming cells (later called a clone) would account well for the heightened secondary or booster antibody response upon subsequent reexposure to antigen.” 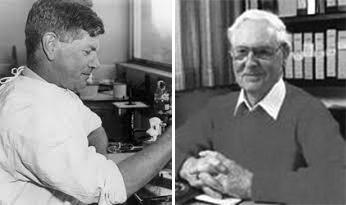 “(i) To account for the non-antigenicity of body components these were assumed to carry ‘ self-markers ‘; at some point in the antibody-producing sequence a ‘recognition unit’ was postulated to act as a means of detecting material carrying self-markers and deflecting it from the possibility of immune response;

(ii) To account for the persistence of antibody-producing capacity it was postulated that a ‘genocopy’ of the antigenic determinant was incorporated in the genome of the Stem cell concerned, so allowing the indefinite production of descendant antibody-producing cells;

(iii) This incorporation of pattern determinants into the genetic structure of antibody-producing cells provided some basis for the changes in antibody character that may result from secondary antigenic stimuli or simple lapse of time.” 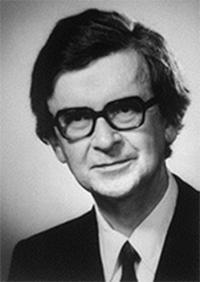 “A theory of antibody formation is proposed which postulates the spontaneous presence, in the blood of an animal, of small numbers of antibody molecules against all antigens to which the animal can respond, and delegates to the antigen the sole role of carrying such specific globulin molecules from the circulation into cells in which these molecules can induce the production of more of their kind”. 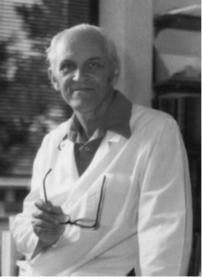 “The process of natural selection requires the selective multiplication of a few species out of a diverse population. As a working hypothesis it is tempting to consider that one of the multiplying units in the antibody response is the cell itself. According to this hypothesis, only those cells are selected for multiplication whose synthesized product has affinity for the antigen injected”. 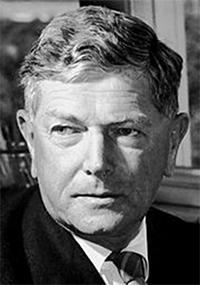 “It is postulated that when antigen-natural antibody contact takes place on the surface of a lymphocyte the cell is activated to settle in an appropriate tissue, spleen, lymph node or local inflammatory accumulation, and there undergo proliferation to produce a variety of descendants. In this way preferential proliferation will be initiated of all those clones whose reactive sites correspond to the antigenic determinants on the antigen used. The descendants will include plasmacytoid forms capable of active liberation of soluble antibody and lymphocytes which can fulfill the same functions as the parental forms. The net result will be a change in the composition of the globulin molecule population to give an excess of molecules capable of reacting with the antigen, in other words the serum will now take on the qualities of specific antibody. The increase in the number of circulating lymphocytes of the clones concerned will also ensure that the response to a subsequent entry of the same antigen will be extensive and rapid, i.e. a secondary type immunological response will occur”. 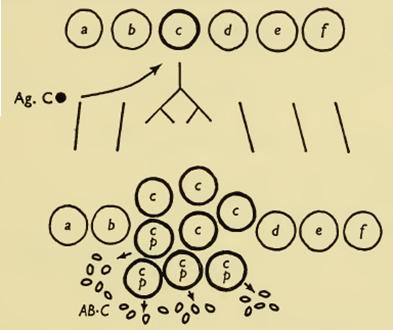 “This is the crux of the clonal selection hypothesis. It assumes that in the animal there exist clones of mesenchymal cells, each carrying immunologically reactive sites corresponding in appropriate complementary fashion to one (or possibly a small number of) potential antigenic determinants. This provides a population of cells which, when an appropriate stage of development has been reached, are capable of producing the population of globulin molecules which collectively provide the normal antibodies. When an antigen is introduced it will make contact with a cell of the corresponding clone, presumably a lymphocyte, and by so doing stimulate it to produce in one way or another more globulin molecules of the cell’s characteristic type” (pp 54-55) 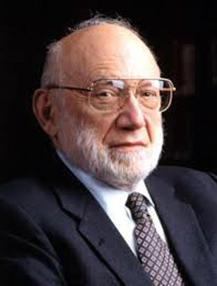 Al. The stereospecific segment of each antibody globulin is determined by a unique sequence of amino acids.

A2. The cell making a given antibody has a correspondingly unique sequence of nucleotides in a segment of its chromosomal DNA: its “gene for globulin synthesis.”

A3. The genic diversity of the precursors of antibody-forming cells arises from a high rate of spontaneous mutation during their lifelong proliferation.

A4. This hypermutability consists of the random assembly of the DNA of globulin gene during certain stages of cellular proliferation.

A5. Each cell, as it begins to mature, spontaneously produces small amounts of the antibody corresponding to its own genotype.

A6. The immature antibody-forming cell is hypersensitive to an antigen-antibody combination: it will be suppressed if it encounters the homologous antigen at this time.

A7. The mature antibody-forming cell is reactive to an antigen-antibody combination: it will be stimulated if it first encounters the homologous antigen at this time. The stimulation comprises the acceleration of protein synthesis and the cytological maturation which mark a “plasma cell”.

A9. These clones tend to persist after the disappearance of the antigen, retaining their capacity to react promptly to its later reintroduction.” 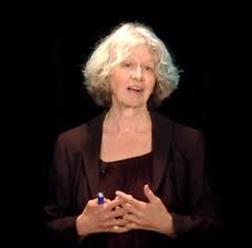 “For many years immunologists have been well served by the viewpoint that the immune system’s primary goal is to discriminate between self and non-self. I believe that it is time to change viewpoints and, in this essay, I discuss the possibility that the immune system does not care about self and non-self, that its primary driving force is the need to detect and protect against danger, and that it does not do the job alone, but receives positive and negative communications from an extended network of other bodily tissues.”