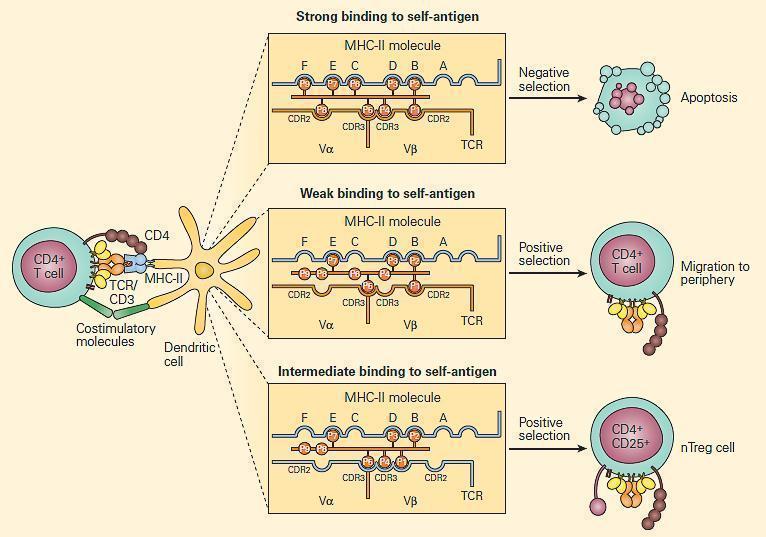 Figure 2. Schematic representation of AICD. Upon uptake and processing of antigen by APCs (1) and subsequent presentation of the processed peptide to a CD4+ T cell (2), IL-2 production and expression of the IL-2R occurs followed by their autocrine binding (3), leading to T cell activation. Activated T cells express Fas (4) and FasL (5) on their surfaces or as soluble s-FasL after cleavage of the membrane-associated FasL (6). The interaction of Fas either with s-FasL (7) or with membrane-associated FasL (8) leads to apoptosis (9) by activation-induced cell death (AICD), thus ending the immune response [Reproduced with permission from Bellanti JA (Ed). Immunology IV: Clinical Applications in Health and Disease. I Care Press, Bethesda, MD, 2012]. 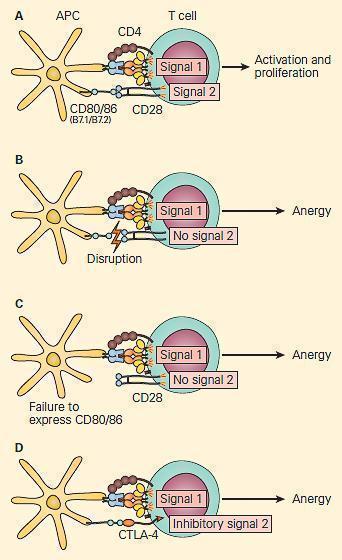 Figure 3. Co-stimulation is important for the activation of T cells. Panel A: Following the activation of the 80/86 on the antigen-presenting cell provides the second signal, leading to T cell activation and proliferation. Panel B: Disruption of the CD28/CD80/86 signal or Panel C: Failure to express CD 80/86 can lead to anergy. Panel D: At the same time, the activated T cells upregulate the expression of CTLA-4, a molecule that also interacts with greater affinity to CD80/86, leading to disruption of the costimulatory signal and anergy. [Reproduced with permission from Bellanti JA (Ed). Immunology IV: Clinical Applications in Health and Disease. I Care Press, Bethesda, MD, 2012] 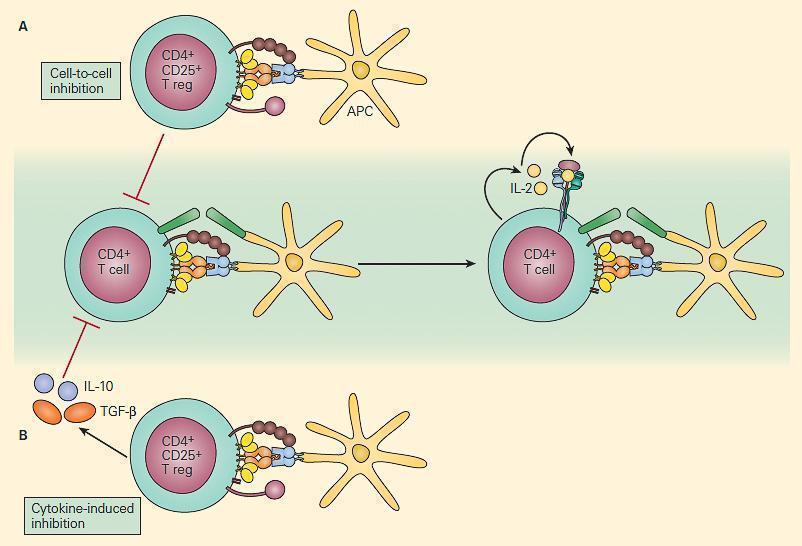 Figure 4. Schematic representation of two mechanisms of immune regulation by Treg cells. Panel A: Self-antigen specific CD4+CD25+ T cells can directly suppress the activation of self-reactive T cells through cell-cell interaction. Panel B: Anti-inflammatory cytokines such as IL-10 and TGF-β that are secreted by other immunoregulatory T cells can also suppress the immune response. [Reproduced with permission from Bellanti JA (Ed). Immunology IV: Clinical Applications in Health and Disease. I Care Press, Bethesda, MD, 2012]

TGFβ & Regulatory Cells Other Than Treg 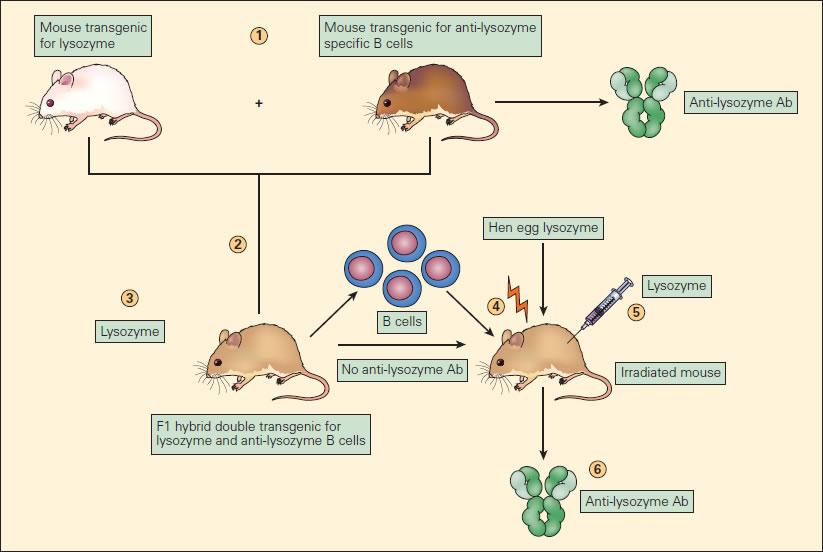 Figure 5. Experimental model of B cell anergy. (1) A transgenic mouse expressing hen egg lysozyme (white mouse) was crossed with a mouse transgenic for anti-lysozyme specific B cell production (brown mouse) to produce an F1 hybrid (tan mouse) (2) double transgenic for lysozyme production (3) and anti-lysozymal B cell production; these double transgenic hybrids produced lysozyme but did not produce anti-lysozyme antibody. (4) The B cells from these F1 mice, although unable to react to the lysozyme, when transferred to irradiated mice and immunized with lysozyme (5) resulted in the production of anti-lysozyme antibody (Ab) (6). This proves that the B cells in the F1 mice, although capable of producing anti-lysozyme antibody, if transferred to another mouse were functionally anergized in the presence of endogenously produced lysozyme [Reproduced with permission from Bellanti JA (Ed). Immunology IV: Clinical Applications in Health and Disease. I Care Press, Bethesda, MD, 2012].