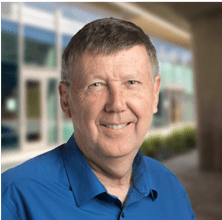 Dennis Burton is the Chair and Professor in the Department of Immunology and Microbiology, The Scripps Research Institute, La Jolla, USA. He holds the James and Jessie Minor Chair in Immunology. He received his B.A. in Chemistry from Oxford University and his Ph.D from Lund University, Sweden in physical biochemistry. He is the Scientific Director of the International AIDS Vaccine Initiative (IAVI) Neutralising Antibody Consortium and Neutralising Antibody Center, Director of The Consortium for HIV/AIDS Vaccine Development (CHAVD) at Scripps, and a member of the Ragon Institute of MGH, MIT and Harvard, Boston, USA. He has held many research grants from the NIH and has published more than 400 papers in scientific journals. He has received numerous awards including the Jenner Fellowship of the Lister Institute and a Fellowship in the American Academy of Microbiology. His research is focused on infectious disease, in particular the interplay of antibodies and highly mutable viruses, notably HIV. He is interested in the potential of broadly neutralizing antibodies to inform vaccine design.

What initiated your interest in immunology as a field? I did my PhD in nuclear magnetic resonance (NMR) and I started in immunology, simply because the first molecule we worked on was the antibody. Following these structural studies, I become interested in the function of the antibody molecule as a whole, which led us to first investigate the bottom end of the antibody or the Fc region. We initially did some basic research to define effector sites, namely where both complement and Fc receptors bound on the antibody molecule. I was attracted to studying human antibodies, but the availability of these was very limited. At that point in time, Richard Lerner at Scripps was beginning to develop new technologies to generate antibodies recombinantly, which meant you could generate antibodies from any animal, including humans. I was very fascinated by the possibilities if that technology could be made to work, so in 1989 I came on sabbatical to Scripps and ended up staying for thirty years as of July 2019.

What focused your research priorities on the antibody response to HIV? I was the antibody person at Scripps, working on trying to generate antibodies through phage library technologies and we succeeded with first generating mouse antibodies and then human antibodies against tetanus toxoid. But then I became intent on generating human antibodies against pathogens that were really problematical and at that time, in the early 90s for sure that was HIV. Using phage libraries, we generated one of the first broadly neutralising antibodies to HIV, b12, and that gave us the idea of pursing vaccines, using reverse vaccinology.

How did you get involved with the International AIDS Vaccine Initiative (IAVI) and the protocol G cohort? In the mid to late 90s, T-cells were the flavour of the month, but, with the failure of T-cell vaccines, attention switched to antibodies for HIV vaccines. Wayne Koff was the Chief Scientific Officer at IAVI then and like we did, he believed that the solution to an HIV vaccine was probably neutralising antibodies. He wanted IAVI to make an investment in neutralising antibodies and so Wayne and I established the Neutralising Antibody Consortium (NAC), which was initially small with only 6 principal investigators. We were working with a small set of antibodies and realised that we needed many more, so IAVI established the Protocol G cohort, which allowed us to look through very large numbers of people to find the best neutralising antibodies, as in fact turned out to be the case.

What would you say is your proudest scientific achievement and is it also your most impactful? I would say the most exciting thing that we ever did was getting the phage libraries to work, because from that point onwards, generating antibodies had entered a new era. I think probably the most important thing we did was the isolation of b12, the first broadly neutralising antibody, because it was used in so many different ways to lay down multiple strategies and methods for the future. This meant that, when the next-generation of broadly neutralising antibodies were isolated with PG9/16 leading the curve, we were well set up to make the best of it and I think we have.

What is, in your opinion, the biggest hurdle facing HIV vaccine development? Simply put, the biggest hurdle is figuring out how to induce broadly neutralising antibodies. We know that broadly neutralising antibodies can develop during natural infection. But to reproduce the complex pathway by which these antibodies are generated in a vaccine format that works in the overwhelming majority of people is going to require a lot of ingenuity and it is extremely challenging.

What advice would you give to all the young investigators when it comes to work-life balance? How each person chooses to do the science is very personal and you have to be highly committed, but for me I tried to balance my science commitment with the needs of having a family. In general, science-wise you may pay a price for that, but in all honesty, I think it is a price you really should pay. Total immersion in science may allow you to do the best science, but on the other hand, I think there are personal things beyond science that you need to take care of if you want to have a reasonably happy existence.