A 10 year old girl with a hard palate defect

A 10 year old girl recently diagnosed with HIV (WHO stage 4), presents with a 12 day history of diarrhoea, vomiting, difficulty swallowing and abdominal cramps. She has remained afebrile throughout her illness.

Six months ago she had been admitted to her local hospital following a 5 day history of swollen painful gums with painful swelling of the left upper jaw and cheek. She was diagnosed with acute necrotising ulcerative gingivitis (cancrum oris).

A month later she was started on anti-TB treatment based on scanty AFB found in her sputum, but she soon defaulted on her treatment. 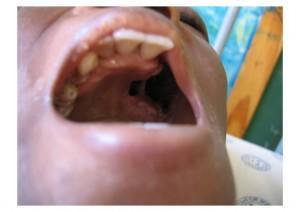 Dermatological
No rashes or kaposi lesions 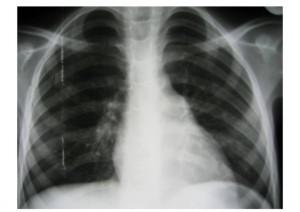 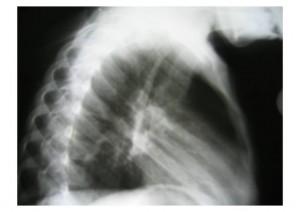 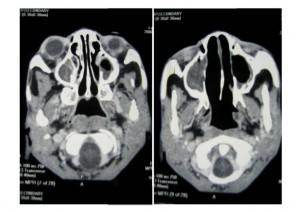 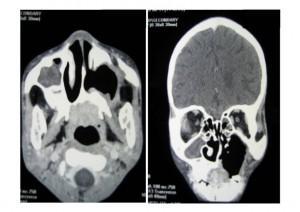 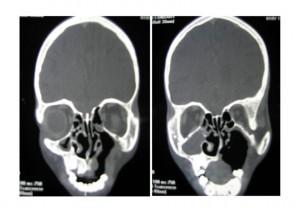 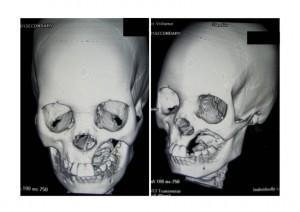 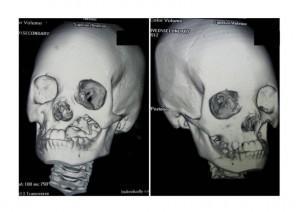 There are many causes of oral ulcerative lesions. Listed here are the ones that are most commonly encountered:

MAC oral manifestation
There is not a lot of information regarding the oral manifestation of MAC however, two reported adult cases have shown it to first present as a palatal and gingival ulcerative lesion with firm borders and a necrotic centre that extended down to the bone and later invading the maxillary, frontal, sphenoid and ethmoid sinuses. MAC was isolated from sputum, blood, bone marrow and the lesion itself in both patients.

Epidemiology of MAC
This is a multiple related species of nontuberculous mycobacteria including M avium, M. intracellulare and M. paratuberculosis. It is the second most common opportunistic infection found in HIV infected children.

It is a ubiquitous pathogen found throughout the environment often in contaminated water and food, transmitted via ingestion, inhalation or inoculation, leading to GIT and pulmonary disease. Although disseminated infection rarely occurs during the first year of life it occurs more frequently thereafter. 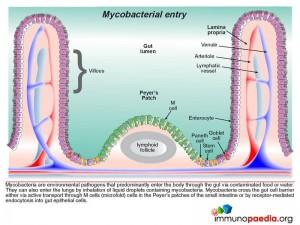 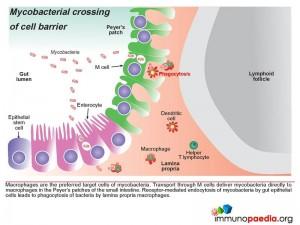 In this way they can spread to other parts of the body when the macrophages migrate to other tissues. 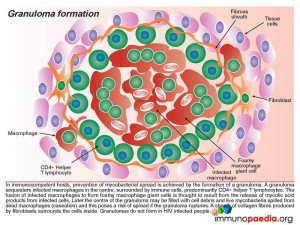 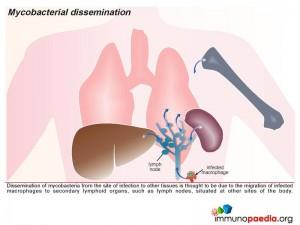 In the absence of ARVs

The patient was commenced on clarithromycin, ethambutol and ciprofloxacin.

In view of the drug interactions known to occur between efavirenz and clarithromycin (effect of P450 metabolism) and the subsequent inadequate treatment of the MAC infection (positive MAC on TB Bactec after 2 months of treatment) azithromycin was commenced.

What is the diagnosis

This is a severely immunosuppressed patient with HIV (WHO stage 4) disease complicated by disseminated MAC associated with erosion of the left side of the hard palate.

How does Mycobacterium Avium Complex predominantly enter the body?

Mycobacteria are environmental pathogens that predominantly enter the body through the gut via contaminated food or water. They can also enter the lungs by inhalation of liquid droplets containing mycobacteria.

Which cells are typically involved in mycobacterium infections?

Macrophages are the preferred target cells of mycobacteria. Transport through M cells deliver mycobacteria directly to macrophages in the Peyer’s patches of the small intestine.

How do mycobacterium survive and spread throughout the body?

When Mycobacteria are phagocytosed by macrophages they are internalised into a membrane bound phagosome. The bacteria would them normally be destroyed by the fusion with a lysosome which contains degradative molecules. However Mycobacterium species have evolved mechanisms to prevent this fusion thus surviving and multiplying in the phagosome and spreading when the macrophages migrate to other tissues.

How is mycobacterium typically contained to prevent it from infecting the host?

This can only occur in immunocompetent hosts where prevention of mycobacterial spread is achieved by the formation of a granuloma. A granuloma sequesters infected macrophages in the centre, surrounded by immune cells which are predominantly CD4+ helper T lymphoctes. The fusion of infected macrophages forms foamy macrophage giant cells most likely due to the release of mycolic acid products from the infected cells. A sheath of collagen fibres is also produced by fibroblasts which further surrounds the cells inside.

No, granulomas do not form in HIV infected people.