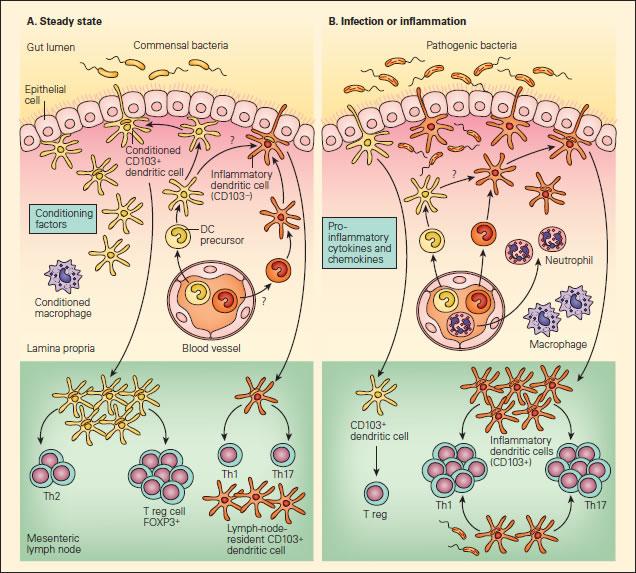 Figure 1. Panel A: Schematic representation of the interactions of DCs with T effector and Treg cell responses to commensal bacteria in the steady state. Panel B: The anti-inflammatory or proinflammatory responses in the steady state or during infection or inflammation. In the steady state, this conditioning may also occur following the sampling of commensal bacteria or alternatively to self antigens or to proteins found in food products, resulting in responses that “silence” the immune response through mechanisms of tolerance that include Treg cells or the effects of IgA-associated immune exclusion. A small number of another subset of DCs (shown in orange) may also be recruited to mesenteric lymph nodes in the steady state that may have escaped conditioning and drive T helper populations toward Th1 or Th17 profiles. Since these cells exist in small numbers, they will not give rise to disease in the steady state, but could act as sentinels when pathogenic bacteria are encountered or produced in excess, as in the case where aberrant responses to soluble proteins give rise to disease symptoms, as in the case of food allergy [Reproduced with permission from Bellanti JA (Ed). Immunology IV: Clinical Applications in Health and Disease. I Care Press, Bethesda, MD, 2012].

Regulatory Lymphocytes at the Mucosa 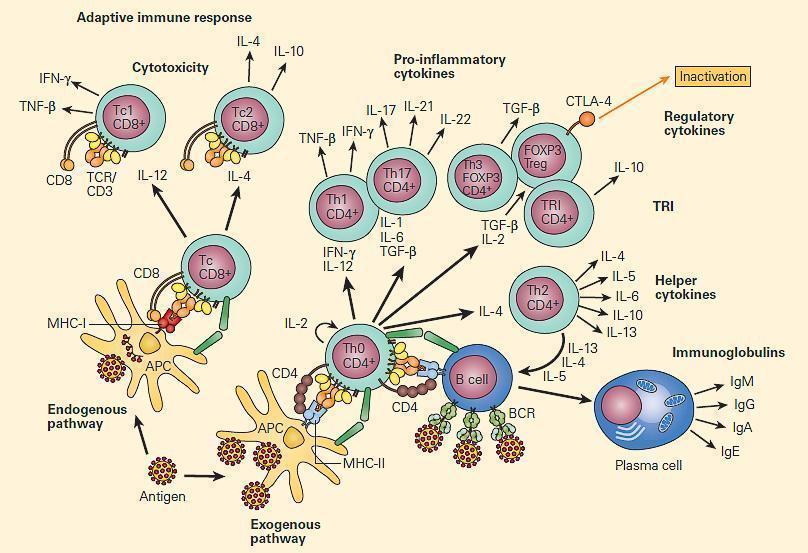 Figure 2. Immune regulation in mucosal surfaces is a complex interplay between innate and adaptive immune mechanisms. Antigen presentation by DCs and microenvironmental cytokines released by quick response cells like intraepithelial lymphocytes (IEL), mast cells (MCs), and macrophages, have a profound impact in the outcome of the immune response, either inducing cell-mediated immunity (CMI) with Th1 cells, antibody-mediated immunity through Th2 cells, or immune regulation and tolerance with T regulatory cells (Tregs). Activated macrophages are able to break tolerance by releasing IL-12 and IFN-γ. [Reproduced with permission from Bellanti JA (Ed). Immunology IV: Clinical Applications in Health and Disease. I Care Press, Bethesda, MD, 2012] 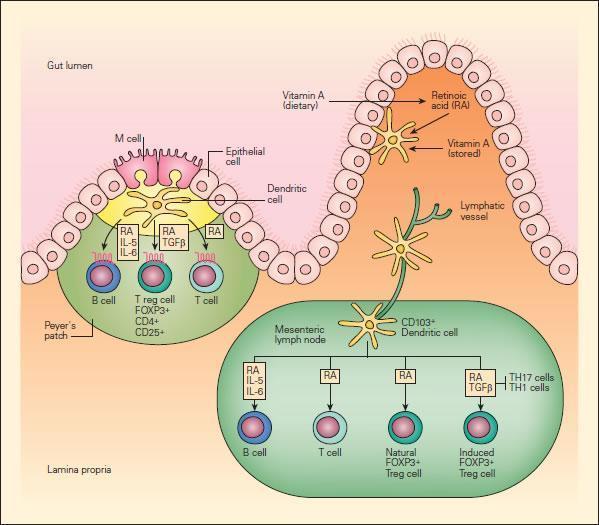 Figure 3 Schematic representation of the role of vitamin A and retinoic acid (RA) in the mucosal immune system. Intestinal DCs produce RA from stored or dietary sources of vitamin A and promote the expression of gut-homing addressin receptors by T and B lymphocytes, the peripheral generation of forkhead box P3 (FOXP3) + regulatory T (Treg) cells, and class switching to IgA. RA has an important role in these three processes. Peyer’s patch DCs and mesenteric lymph-node DCs that arrive from the intestine express enzymes that allow them to metabolize RA, perhaps from retinol carried in the serum or stored in the intestine. Alternatively, DCs may transport RA metabolized from dietary carotenoids or other vitamin A derivatives by intestinal epithelial cells to lymphoid tissues. [Reproduced with permission from Bellanti JA (Ed). Immunology IV: Clinical Applications in Health and Disease. I Care Press, Bethesda, MD, 2012]