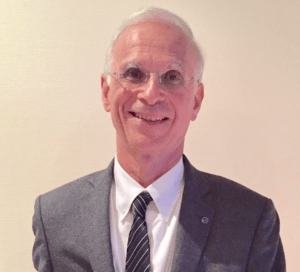 Our August Immunologist of the Month is Jean-Marc Cavaillon, Proffessor at Institut Pasteur  in Paris, France  Prof. Jean-Marc Cavaillon obtained his Doctorate degree in immunology from Paris VI University. After his postdoctoral training at the University of Toronto (Canada), he joined the Institut Pasteur (Paris). He was head of the Cytokines and Inflammation Unit (2001 – 2017), and Director of Infection and Epidemiology Department (2006-2009). He was also the President of the International Endotoxin and Innate Immunity Society (1998-2000) and European Shock Society (2015-2017). He is a member of the Editorial Boards of several journals, including Innate Immunity, Journal of Infectious Diseases, Scientific Reports, International Journal of Inflammation, among others. He was Associate-Editor of Cytokine from 2002 to 2009, and is the current Senior Associated Editor of Shock.

Prof. Jean-Marc Cavaillon has extensive expertise on cytokines, inflammation, and innate immunity. He was one of the very first to work on cytokines at the Pasteur Institute, and wrote the first book in French on Cytokines (1993, 1996). He is also an expert on bacterial endotoxins; interested in the induction of interleukin-1 and other inflammatory cytokines by lipopolysaccharides. He initiated his biomedical research some twenty years ago, particularly in the field of sepsis and systemic inflammation.  Prof. Jean-Marc Cavaillon has published 168 scientific articles, over 96 reviews and 56 chapters in books on infection, innate immunity and septic shock. He is the co-author of a book “Sepsis and non-infectious inflammation: from biology to critical care“;  a four volume book: “Inflammation from molecular and cellular mechanisms to the clinic” (2018); and a book in French on the history of inflammation (“The saving flame, once upon a time inflammation”, 2017)

Why do you work in immunology? In the mid 70’s, when it was time to make a choice for a Masters degree, I asked a well-known professor in Medicine, which field of biology would have the most promising future: “Immunology” was his answer. Then, I asked Dr. Lasdislas Szabo who welcomed me to his biochemistry research laboratory for a summer training period at Paris-Sud University, if he knew anyone in the field of Immunology. He gave me the name of Prof. Anne-Marie Staub, a prestigious immunochemist working on Salmonella sp. endotoxins at Institut Pasteur, and she kindly welcomed me to her lab.

What are your research interests and why? I started my career working on the immune response of rabbits to bacterial and endotoxin injection. But my motivation was to leave the world of the rabbits to enter into that of the real world of humans. I have always been convinced that the final goal of my immunological research would be to understand the events occurring in human. I moved to Prof. Bernard Davis‘s unit who at the time was the only Pasteurian laboratory working on human immunology! The failure to save septic patients with experimental approaches that saved thousands of mice from septic shock, is an illustration that one needs to describe and understand the cellular and molecular events occurring in infected human patients. To quote Prof. Peter Brandzaeg (Oslo): “Human diseases should be studied in diseased humans”.

How has your research contributed to better understanding your research area? Chilean post-doc, Carlos Muñoz who had been working with Charles Dinarello, one of the world greatest immunologists, allowed us to introduce the dosages of TNF and interleukin-1β by radioimmunoassays when ELISAs were not yet available. Luckily, together with Dr. Jean Carlet, an Intensive Care Unit doctor, we could initiate our work on sepsis patients. Indeed, in France the border between MDs and PhDs was and remains rather thick despite Charles Richet, (French Nobel Prize, 1913) had said in 1888: “To oppose the physician to the physiologist and the scientist to the clinician, means that one has not understood anything about physiology or medicine”. Then, all together we published the first complete analysis demonstrating the altered immune status of septic patients’ monocytes, an event reminiscent of the endotoxin tolerance phenomenon (Muñoz et al. J. Clin. Invest. 1991, 88(5):1747-54). Subsequently, we described a similar phenomenon in neutrophils, T-lymphocytes and natural killer cells and generalised the process in all clinical settings with non-infectious systemic inflammation (trauma, severe surgery, resuscitated cardiac arrest and so on). We further deciphered the mechanisms, and were also very much involved illustrating the cytokine storm in sepsis, correlating the IL-8 levels with outcome, showing that RANTES (CCL5) is a rare chemokine of which the levels inversely correlate with outcome and that an anti-inflammatory cytokine, namely TGFβ is also enhanced in plasma of sepsis patients.

What other immunological activities are you involved in? Life of Scientists is made of frequent misfortunes: failures are our daily bread (disappointing results, failing experiments, wrong hypothesis, rejected papers, discarded grants and so on). Fortunately, teaching is a permanent rewarding activity. I have always been very much involved in teaching. I had been the director of the General Immunology course at Institut Pasteur (The first European immunology course created by Marguerite Faure in 1950) till the Direction suppressed it in 2002. Then, I have been teaching immunology abroad (e.g. Mexico, Hong Kong, Peru, Colombia, Algeria, Cambodia and so on). This illustrates Louis Pasteur’s statement: “Sciences knows no borders, because knowledge is the heritage of humanity”. With Dr. Daniel Scott-Algara, we created a MOOC on “innate immunity and infectious diseases” and opened a new course at Institut Pasteur welcoming students from all over the world.

What were your biggest difficulties in your research? The struggle of funding the research when you are not working in the fashionable fields that attract all the money.

What is the best advice or recommendations for young immunologists? Research is sick: lack of reproducibility, lack of efficient translational research, increasing number of retractions due to mistakes or cheating, publications of artifacts, the run for high impact factor, etc. Thus, the young investigators should not copy paste the way the seniors have been working for decades. They should favor curiosity driven research. They should question any used parameters in their experimental in vivo or in vitro models: for example: does offering fetal calf serum to murine or human cells make sense? In other words, are these cells used to work with bovine proteins? Paradigm of research needs to be re-invented by the new generation of investigators. The use of more appropriate models to mimic human diseases is also highly desired when one considers the low impact of murine researches to treat human diseases.

Finally, young investigators should be aware of all the knowledge in their field that has been accumulated through the previous centuries but not only the papers of the very last years. Furthermore, they should always read the original publications and try to generate they own schemas rather than simply copying figures in published reviews.