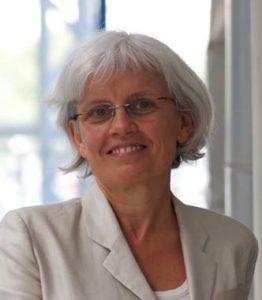 Our January Immunologist of the Month is Jacqueline Marvel, Research Director of the French National Center for Scientific Research (CNRS) and head of the “Immunity and Cytotoxic Lymphocytes” team at the International Center of Infectiology Research (CIRI). Marvel obtained her PhD in immunology at Université Libre de Bruxelles in 1986 and worked for several years in the Imperial Cancer Research Institute, Tumor Immunology Department of University College London and later in the Institute of Cancer Research in London. She joined the École Normale Supérieure de Lyon, France, to establish an immunology team in 1993. She was head of the French National Institute of Health and Medical research (INSERM) Infection, Immunity and Vaccine (I2V) Research Unit from 2007 to 2012. Additionally, she is director of SFR Biosciences ENS-de-Lyon/Université Claude Bernard de Lyon (UCBL)/Inserm/CNRS, which is a service unit that provides technical facilities for the biology research community.

What is your research interest and field? I study immunological memory which is the capacity to mount an improved immune response against a pathogen previously encountered. Immunological memory is also the base of vaccination, where you induce the production of protective antibodies that can neutralize the pathogen. I am specifically focused on CD8+ T cells and the team is working on understanding what differentiates naïve cells (before immunization) from memory cells (after immunization) and what mechanisms are involved in improving the CD8 memory cell response compared to the naïve cell response.

Are all CD8 T cells cytotoxic? What other functions may they have? The majority of CD8+ T cells are cytotoxic and their hallmark is the cytolytic response, even if they also produce cytokines that are important in the anti-pathogen or anti-tumor response. There are also some reports indicating that a small fraction of CD8 T cells might have a regulatory role, but it is still a less explored field.
Naive lymphocytes are quiescent cells, following activation by antigen they acquire a cytolytic activity which is transient. Indeed, most cytolytic cells will die but a small percentage of them become quiescent again as they differentiate into memory cells. The frequency of pathogen-specific memory cells is significantly increased compared to the initial pathogen-specific naïve CD8 T cell pool. These memory cells have the capacity to become cytolytic again very rapidly. This results from epigenetic modifications that are responsible for the accelerated expression of genes that are necessary for the display of the effector function such as cytokine release or cytolytic activity. So, not only are there more cells but those cells become cytolytic more rapidly than naïve cells, which contributes to having a more efficient immune response.

What recent discoveries from your research group would you highlight and how has it impacted the field of immunology? One of the main discoveries I would highlight is a multidisciplinary approach that makes the bridge between formal science and biology. For the past 10 years, we have been working with mathematicians to develop differential equation-based models that are able to mimic the dynamics of the immune response in silico. We often interpret things in a two dimensional way and it is useful to have tools that allow us to describe the more global dynamics of the immune response.
We have recently focused on the differentiation of the CD8 T cells, which was originally studied with biological approaches that led to contradictory results. Indeed, many subsets of cytotoxic effectors and memory CD8+ T cells have been described and biological approaches failed to unambiguously determine their parental relationships. Formal modelling allows us to draw hypothetical genealogies and validate them based on their ability to reproduce in silico the cell counts observed in vivo during an immunization. This helped us to solve these controversial issues.

Why did you choose the immunology specialty?  I think I chose it because my university immunology teacher was one of the most captivating teachers I had in my final year. Also, back in the 80’s, immunology was a difficult and challenging field with a lot of open questions and I found it exciting to try to understand how the immune system works.

In your opinion, are there less or more open questions now? I think a huge amount of knowledge has been accumulated over the last 35 years. Nowadays the new questions are about how to integrate all that knowledge together. We now know how a cell gets activated and we have discovered many receptors, transcription factors and other proteins involved positively or negatively in this activation. However, I don’t think the biology or the tools we are using will be able to integrate and draw a map of these interactions. In my opinion, we will need new models to develop and test hypotheses that describe the dynamics of these interactions and the functional outcome for the cell. As the technology has evolved tremendously, there is a need for training biologists so they are able to work with formal scientists such as mathematicians or physicists. So, I think one of the future challenge is to reach a more global understanding on how cells and cell-systems work and for that we will need to develop new tools and knowledge.

What would be your advice or recommendations for students that are finishing their PhD? Go and do something different. Do something that interests you and that is complementary to what you have already done. Learn more and be comfortable with as many things as you can. Try to have a broader view of the immune system and new technologies and do not be scared of it.