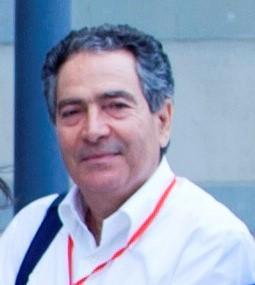 Hatem Masmoudi is a Profressor in Tunisia at University of Sfax. He studied towards his MD and PhD at the Faculty of Medicine of Sfax and the Faculties of Science at Sfax and Tunis. He then went on to train at the Necker Hospital and Pasteur Institutes in Paris.

Prof. Masmoudi heads a research unit which focuses on autoimmunity and immunogenetics. He is currently the President of the Federation of African Immunological Societies.

Prof. Masmoudi took time out to chat to the Immunopaedia team about autoimmunity and how his research has advanced the field.

What is the definition of autoimmunity? Autoimmunity is the term used for immune responses directed against self-antigens. The immune system with its innate and adaptive compartments ensure the protection of the organism and its defense against external and internal aggressors such as microbes or tumors.

In normal conditions, the immune responses directed against viruses, bacteria, parasites, fungus and cancer cells, preserve self-cells/tissues and the immune system is able to make distinction between self and non-self antigens.

Put in place from the embryonic life, this state of tolerance to the self is maintained during the whole life through complex and redundant mechanisms that control the production of lymphoid cells and the selection of their repertoire as well as the successive steps of their activation and proliferative responses.

In fact, self-tolerance is not so strict and absolute since self-reactive T and B lymphocytes are found in all individuals and autoantibodies (natural antibodies, anti-idiotypic antibodies) are produced almost continuously; and these self-reactive lymphocytes and “normal/natural” auto-antibodies do not cause any pathologic manifestation.

In some individuals, autoimmune response against one or several auto-antigen(s) /organ(s) /tissue(s) is established over time and accompanied by tissue damage and pathological manifestations indicative of the onset of autoimmune disease(s).

Autoimmune diseases are rare but chronic and often disabling diseases. They can affect almost all constituents (organs, tissues, antigens) of the body making them the third pathogenic process in human after cardiovascular diseases and cancer.

Indeed, several environmental factors are implicated in the development of autoimmune diseases such as microbial infections, drugs and other chemical products. Mechanisms of action of these agents are diverse.

A large number of microbes are known to have some components that strikingly resemble self-antigens, the normal immune reaction against these exogenous antigens becomes in the same time an autoimmune response to the mimicked autoantigens. Drug metabolites or microbial components can also bind to autologous cellular antigens making them no more recognized as self-antigens.

On the other hand, many pathogens are known to induce a polyclonal hyperactivation of B and/or T lymphocytes and the INF-g, largely produced in viral infections, induce the expression of HLA class II molecules on non-Antigen Presenting Cells (APCs) making them able to present their self-antigens to autoreactive T helper cells.

Viral infections can also act by disturbing the idiotypic network. Anti-viral antibodies may carry an idiotope (antigenic determinant on variable regions of immunoglobulins) similar to the epitope (antigenic determinant: the small portion of antigen molecule on which specific antibody binds) of an auto-antigen, the Ab2a anti-idiotypic antibodies normally produced in this anti-viral immune response will be in the same time autoreactive antibodies. In a same way, the Ab2b anti-idiotypic antibodies, normally produced as internal image (by their idiotope) of a viral epitope, may have a paratope (antibody site) that recognizes a self-epitope and thus also act as auto-antibodies.

Pathogenic microbes, encountered during infections, and inoffensive “endogenous” microbes constituting the microbiota, but also many other exogenous/environmental factors such as foods, tobacco, air pollutants etc. can induce epigenetic modifications leading to the expression of some particular genes involved in the development of autoimmunity.

Except the “autoimmune lympho-proliferative syndrome” (ALPS) and the “autoimmune poly-endocrinopathy with candidiasis and ectodermal dysplasia ” (APECED) caused by a mutation respectively in the Fas gene (a gene controlling apoptosis) and in the auto-immune regulator gene (AIRE, a gene controlling the expression of peripheral self-antigens in the thymus), all other autoimmune diseases are caused by the combination of multiple anomalies in a large number of genes.

The two main genetic factors involved in the etiopathogenesis of autoimmune diseases are gender and HLA. Indeed, most autoimmune diseases are known to be much more frequent in women (harmful role of the female hormones) and in individuals carrying particular HLA alleles such as HLA B27 in ankylosing spondylitis or HLA DR3 in lupus erythematosus. However, these two factors account for barely 50% of the genetic component of autoimmune diseases and a large number of other genetic factors are also involved. In fact, each of all these genes contributes with a small effect in the etiopathogenesis of the disease and the cumulative effect of these genes that are consecutively mutated or epigenetically modified in the same individual is needed for the development of autoimmunity/

What are the current treatments for autoimmunity? Do the treatments cure or control the autoimmune conditions? Unfortunately, there is still no etiologic/curative treatment for any autoimmune disease; current drugs are corticoids and other immunosuppressors. These drugs are used for their ability to strongly control the inflammatory response and reduce pain and other clinical manifestations. New therapies, called targeted therapies, are based on the use of monoclonal antibodies or other bioproducts that block or interfere with the action of an important agent involved in the pathogenic mechanism of the disease (e.g.; TNFa in the case of Rheumatoid Arthritis).