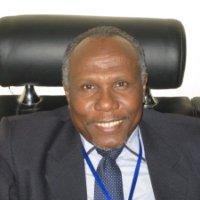 Our December Immunologist of the month is Professor Eltahir Awad Gasim Khalil from the Institute of Endemic Diseases, University of Khartoum, Sudan. His experience includes various programs, contributions and participation in different countries for diverse fields of study.  His research interests reflected in his wide range of publications in various national and international journals. He is a President/member of many well recognized academic and scientific societies. He has participated in more than 50 International conferences, meetings and workshops.

What is leishmaniasis? The leishmaniases are a group of neglected tropical diseases caused by protozoan parasites from more than 20 Leishmania species. These parasites are transmitted to humans by the bites of the infected female phlebotomine sandfly – a tiny – only 2–3 mm long – insect vector. There is an estimated 350 million people in 98 countries who are at risk of leishmaniasis. In 2013, the disease burden was estimated to be around 4 million disability-adjusted life years (DALYs), causing an estimated 63,500 deaths. As well as human disease, leishmaniasis also causes veterinary diseases in companion and other animals. A striking feature of these diseases is the ability of a single group of parasites – the genus Leishmania – to cause a spectrum of different diseases in human infections. Presentations of leishmaniasis include asymptomatic infections, a range of dermatological symptoms ,cutaneous leishmaniasis (CL), and infections that disseminate to internal organs such as the liver, bone marrow and spleen ,visceral leishmaniasis (VL), which are generally fatal in the absence of adequate, effective chemotherapy. One critical factor in the different presentations of leishmaniasis is clearly the parasite, as different presentations are generally associated with different species of Leishmania and different host immune response.

How does it evade the immune response? Like any successful pathogen, Leishmania has developed strategies to evade host immune mechanisms in order to survive within the host. A significant number of virulence factors discovered in Leishmania are directed against circumventing the host immune response. The ability of Leishmania to maintain a chronic infectious state within its host depends to a large extent on its immune evasion potential. Indeed, the ongoing battle between the robust immune response mounted by a host and the counter evasion strategies by the parasite will ultimately decide the fate of the disease. The mechanisms of immune evasion by Leishmania species include the following:

Vaccines for Visceral Leishmaniasis: Immune responses to whole parasite/BCG/MPL were studied in Phase I/II through Phase III in Humans. This is the first Phase III L.donovani vaccine study that was carried out in the World. The whole parasite vaccine plus BCG proved to be immunogenic, but its efficacy was not superior to BCG alone with respect leishmanin skin test (LST) conversion. Further formulation of the vaccine by addition of Alum improved markedly the immune-genecity in Phase I and extended Phase II studies. Lack of funds prevented progression to Phase III. In silico prediction of immunogenic L.major GP63 peptides was a success with prediction of 4 peptides. The Immuno-genecity of these peptides was proven in an in vitro macrophage system. Further animal/humans and new adjuvants studies await funding.

Hepatitis B immunotherapy: Immune modulation studies are underway to tip the Th2/Th1 imbalance to help an exhausted immune system in chronic Hepatitis B virus infections towards favorable Th1 immune responses and cure.

How has your research impacted the field of immunology? The first vaccine for visceral leishmaniasis to be taken to Phase III studies in the world. Introduction of Leishmanin skin test [LST] as a reliable surrogate marker for protection against visceral leishmaniasis. Introduction of TST as a reliable, simple and cheap test that can predict progression to overt disease among patients with latent TB infections.