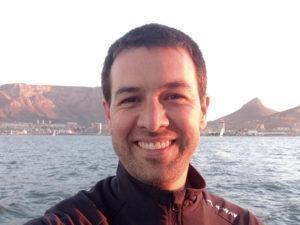 Adam is a research officer at the South African Tuberculosis Vaccine Initiative based in Cape Town, South Africa.

We recently caught up with Adam to discuss new advances in TB diagnostics and to learn about his research into predicting TB disease before the onset of symptoms.

What is the difference between active and latent TB? Active TB is the clinical manifestation of disease, i.e. when somebody exhibits disease symptoms. Generally these consist of coughing for more than 2 weeks, weight loss, loss of appetite, night sweats, fever and/or fatigue. Active TB disease is nearly always confirmed microbiologically from sputum coughed from the lungs. About 1 in every 100 South Africans get active TB every year, amongst the highest in the world. In 2015, TB was the leading cause of mortality in the world, surpassing HIV, resulting in 1.4 million deaths. In contrast, latent TB is the state where an individual is infected with Mycobacterium tuberculosis (M.tb), the causative agent of TB disease, but the infection is controlled without disease symptoms.

Does everyone who is infected with M.tb get active disease? It is estimated that approximately 80% of adults in South Africa, and about one quarter of the global population, are latently infected with M.tb. Most people maintain control of the infection for their entire life. However, about 5-15% of these individuals will develop active TB disease at some stage in their lifetimes. Individuals who have active disease exhibit symptoms, like coughing, which acts to spread the bug through the air. Unfortunately the underlying biological mechanisms that result in activation of latent TB to active TB disease are not well understood.

How easy is it to predict who will get active TB and who will not? Active TB disease itself is notoriously difficult to diagnose, and predicting which healthy individuals will develop TB disease in the future is an even harder task. This is mostly because there are no clear indicators of the transition from latent infection to TB disease. Research studies designed to identify persons who go through this transition need to be massive, and thus extremely costly. Nevertheless, there are some known correlates of risk of active TB disease, such as compromised immune responses (HIV/AIDS, aging), smoking, diabetes and low body-mass-index. But these correlates are not very good predictors, lacking both sensitivity and specificity of predicting progression to TB disease. At this stage, the “gold-standard” for estimating risk of TB disease is based on measuring an immune response to M.tb, which indicates if somebody has previously been infected. In some developed countries, it is policy that such individuals undergo preventative TB treatment. In South Africa, where up to 80% of adults may already be infected, it is not feasible to effectively treat so many people.

How has your research helped in predicting who is at risk of active TB? We recently identified a blood-based RNA signature that predicts TB disease before the onset of symptoms (Zak et al, Lancet, 2016). Measurement of this signature was converted to a PCR test, and our vision is to translate this to a simple and affordable test that can be performed with a rapid, point-of-care device that can be used in the field. We are currently testing the signature in a clinical trial to screen more than 10,000 healthy South African adults, identify individuals at high-risk of TB progression, and to test whether targeted short-course preventive therapy can prevent TB disease in those individuals who test positive for the signature. Positive results from this study, called the Correlate of Risk Targeted Intervention Study (CORTIS), may help to influence future public health policies in South Africa. By implementing regular TB risk screening with targeted treatment to prevent TB disease before symptoms emerge, we might be able halt transmission of M.tb and reach the goals of the 2050 target for eradicating TB.