COVID-19 in vitro studies: Use the right cell line 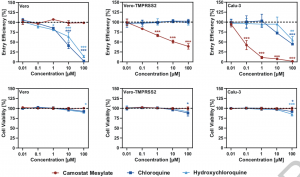 Results presented by Hoffmann et al., emphasise the need for performing in vitro studies that mimic necessary aspects of the human microenvironment, including expression of proteins that are necessary for viral entry.