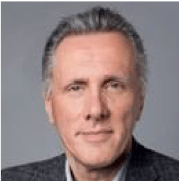 Day 4 of Immuno-Jaipur included talks by Oliver Boyer and Hannes Stockinger. Prof. Olivier Boyer lecture highlighted the origin and perspectives of CAR-T cells for treatment of cancer patients. He briefed the design of chimeric antigen receptor construct which consist of the extracellular antigen recognition domain taken from antibody (Ab) and the intracellular signalling molecules consisting of CD3ζ and 4-1BB. He also told the success story of Emily Whitehead who received CAR-T cell therapy when she was 7, suffering from refractory B cell – Acute lymphoblastic leukemia (ALL), is in complete remission since last 7 years. Current clinical trials using CAR-T cells for ALL patients has shown a success rate of 50% patients. This could be due to various reasons such as inefficient CAR-T cells product, exhausted CAR-T cells, rejection of CAR-T cells by the host and antigen escape on the tumor cells. The CAR-T cells also have “on target off tumor” effect which destroy healthy B cells in the host. The treatment with CAR-T cells also cause ‘cytokine storm syndrome’ which is a severe side effect of the therapy. 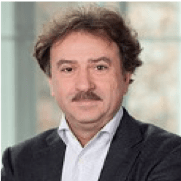 Prof. Hannes Stockinger gave two lectures, in his first talk he unfolded the story of lipid rafts and modifiers in cell signalling. The plasma membranes of cells contain combinations of glycosphingolipids, cholesterol and protein receptors organised in glycoprotein lipid microdomains termed lipid rafts, also known as nanoclusters. Using photo-activated localization microscopy (PALM or FPALM) and stochastic optical reconstruction microscopy (STORM) he showed that the T cells receptor (TCR) and CD3 complex are present in different clusters in the plasma membrane. Ligation of TCR ligands brings the two clusters of TCR and CD3 complex together which facilitate the intracellular signalling in T cells. He concluded his talk by underscoring the fact that fluidic lipid rafts are significant in T cells signalling and function, the low cholesterol levels in the blood has severe bad effects on the T cells response and hence it is a risk factor for cancer patients. His second lecture focused on the microbiome in immunity and health. There are more than 100-500 microbial species present in each individual which regulate the homeostasis of immune response. He described the importance of hygiene hypothesis which states that early childhood exposure to particular microorganisms (such as the gut flora and helminth parasites) protects against allergic diseases by contributing to the development of the immune system. He also explained the importance of  commensals and mutualist microorganisms in development of immunity in humans.