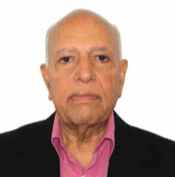 The 2nd day of the IUIS-IIS-FIMSA Immuno-Jaipur workshop was predominantly focused on T and B cell immunology. The first speaker of the day was Prof. G. P. Talwar, Director of the Talwar Research Foundation. Prof. Talwar presented his work on the development of Mycobacterium indicus pranii (MIP) a non-pathogenic heat-killed Mycobacteria sp. Vaccine. MIP uniquely used as prophylactic treatment for leprosy contacts and adjunct therapy for tuberculosis and ano-genital warts treatment. 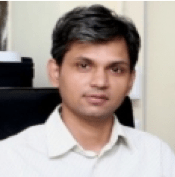 Dr. Amit Awasthi spoke about T helper (Th) cells, specifically focusing on a relatively understudied IL-9 secreting T cell subset referred to as Th9 cells. During his talk he showed experimental evidences of how different cytokines regulate the generation of T cell subsets and their role in autoimmunity and anti-inflammation. For instance, he showed that combination of TGF-β from regulatory T cells and IL-6 from macrophage/dendritic cells induces naïve T cells to secrete IL-17, and become Th17 cells. 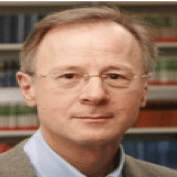 Prof.  Bernhard Fleisher gave talk that began with explaining the importance of T cell co-stimulation, which then moved on to discussing the super-agonistic anti-CD28 Ab (antibody). Anti-CD28 Ab activates T cells by cross-linking CD28 and  is a potent activator of regulatory T cells. He also provided evidence from a phase-I trial that showed that anti-CD28 Ab induces adverse reactions that including induction of “cytokine-storm”. In addition to this, his talk also covered the mechanism of immune check point inhibitors: CTLA-4 and BTLA-4 . 90% of CTLA4 is intracellular and 80% of surface CTLA-4 expression is internalised within 5 min, this leaves a very short window for targeting phenotypic CTLA-4 expression. Abatacept is a immune-therapeutic fusion protein composed of the Fc region of the immunoglobulin IgG1 fused to the extracellular domain of CTLA-4 that is used for treatment of autoimmune diseases. 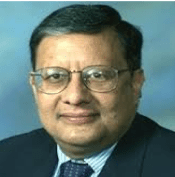 Prof. Abul Abbas, intrigued the audience presenting the principles of immune regulation and tolerance. [Tolerance is the lack of immune responses lymphocytes exhibit when exposed  to antigens]. He described the role of transcription factor- autoimmune regulator (AIRE) in central tolerance, which acts by stimulating thymic expression of many self-antigens which are largely restricted to peripheral tissues was discussed by illustrating the example of Autoimmune polyendocrinopathy syndrome with candidiasis and ectodermal dysplasia (APECED). He also explained the involvement of inhibitory receptors of T cells-CTLA-4 and PD-1 and its mechanisms of action in bringing peripheral tolerance.

The 2nd day of the workshop, also had talks on B cell immunology. 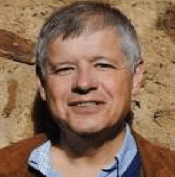 Prof. Pablo Engel, (University of Barcelona, Spain) began his presentation on humourous note quoting Rolf Zinkernagal, “Young immunologists should remember that at least half of written in immunological textbooks is probably wrong; we just do not know which half”. His talk focused on B cell development, germ line theory of Ab diversity and somatic hypermutation. During his talk , he showed that 15-20% of B cells produce ‘poly-reactive’ antibodies (Abs), these Abs can be both autoreactive and recognize foreign antigen. Examples of such polyreactive Abs include HIV and malaria specific broadly neutralizing Abs that often react with self-antigen . Prof Engel also showed that IgG polyreactivity increases with aging. 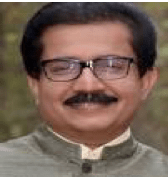 Prof. Joshy Jacob, (Emory Vaccine Center, USA) presentation dealt with therapeutic Abs and their future in the clinic. He gave an overview of  T cell-independent B cell activation that leads to short-term immune memory, while T cell-dependent B cell activation leads to the development of longterm memor.y. The term ‘mo’mab, ‘xi’mab, ‘zu’mab and ‘mu’mab were also clarified to the participants as representing Abs that originate from mouse, chimeric, humanized mice  and humans, respectively.

In addition to talks on adaptive immunity, there were also talks on innate immunity. 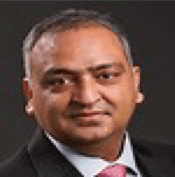 Prof. Viswa Deep Dixit (Yale School of Medicine, USA) gave two talks that focused of inflammation and immunometabolism. His first talk underscored the importance of metabolic “danger signal” in inflammation induced functional decline and reduced life span. NLRP3 (inflammasome complex) is the vital sensor of the metabolic danger signals which initiates inflammatory responses through activation of caspases that enhance release of IL-1β and IL-18. During his talk he discussed the link between caloric restriction (increased ketogenic diet) and reduced inflammatory response. He also highlighted the importance of ketogenic diets in reducing inflammatory diseases as well as its importance in fostering IL-17 production in γδ T cells. His second talk focused on  the immunometabolic mechanisms of health diseases. He said that age is a greatest risk factor for chronic diseases. Aging of thymus preceded aging of other organs and aging is associated with ectopic fat deposition. He showed the presence of immune cells in visceral fats of mice. The non-immunological function of B cells and macrophages is to regulate lipolysis. He presented his work where it was shown that depletion of aged B cells in fat restores aging-dependent inflammation and promotes lipolysis. 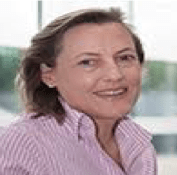 Last but not least, Prof. Gabrielle Belz (University of Melbourne, Australia) gave an overview of innate lymphoid cells (ILCs) and their three different groups (ILCs-1-3). ILCs are lineage negative, do not express RAG (Recombination activating gene) and present in lymphoid and non-lymphoid tissues. She described the importance of ILCs that are largely but not completely tissue-resident. Group I ILCs (NK and ILC1) are important for immunosurveillance, anti-tumor, intracellular bacterial and viral infections; Group II ILCs (ILC2) are involved in tissue repair and anti-helminth immunity; and Group III ILCs (ILC3) are required for protection against extracellular bacteria, chronic inflammation and tissue repair.