IUIS-ALACI-ACAAI Immuno-Colombia 2021 course took place remotely between 5th to 16th April. The theme of this meeting was “Mechanisms and Approaches to Immunotherapy for Cancer and Chronic Inflammatory Diseases”. Today, we highlight a talk by Professor Gloria Vasquez (University of Antioquia, Colombia) entitled “Anti-Cytokine Therapies” 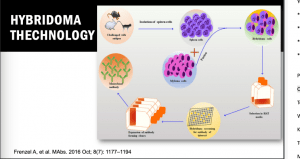 In the second part of her lecture, she discussed strategies for choosing a cytokine as a target to block the progression and worsening of autoimmune and inflammatory diseases. Prof. Vasquez reported that there are five strategies to block a cytokine function, including regular receptor activation, receptor-based antagonists, antibody-based antagonists, mutated cytokine antagonists, and small molecule and peptide antagonists. Many of these strategies require the use of antibodies, especially monoclonal antibodies (mAbs) that have excellent pharmacokinetics (long circulation times), low toxicity and immunogenicity (for human or humanized mAbs), and high stability and solubility. 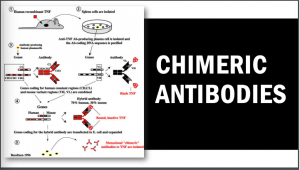 These mAbs can be generated by several processes, including Hybridoma technology, which is a rudimentary, most fundamental, and successful methodology in the field of mAb isolation. This technology is the most preferred technology for mAb discovery for in vivo applications. To date, there are more than 90% of the antibodies approved by the United States Food and Drug Administration (US FDA), which were generated by traditional hybridoma technology and are used either directly, or in chimeric or humanised form. The hybridoma generation process takes advantage of a host animal’s natural ability to generate functional, highly specific, and high-affinity mAbs. Initially, hybridoma technology was limited to mice but with advancement in this field, researchers used this platform for human and rabbit hybridoma development. However, a major limitation of these mAbs is associated with immunogenic reactions in the target host. To overcome this problem, new technologies have been developed. XenoMouse transgenic technology is one of these technologies that enable the generation of fully human mAbs in transgenic mice (genetically engineered mice in which the genes encoding the murine endogenous antibody have been functionally replaced by the genes encoding human antibody counterparts). 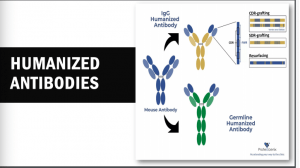 This transgenic technology was developed by Cell-Genesya a biotech company (now a part of Bristol Myers Squibb, New York, USA), and the first therapeutic antibody developed by this transgenic technology was approved by the FDA in 2006 for the treatment of advanced colorectal cancer. Initially, this technology was limited to mice but over the years it has been established for other animal models such as rabbits, rats, and cows. The success of XenoMouse mainly depends on the proper representation of the target antigen to the immune system. Other technologies are available to produce human mAbs, including phage display that is the first and most widely used in vitro antibody selection technology. This technology requires the use of antibody libraries, which are the essential source for antibody discovery by phage display and other in vitro selection technologies, and their design is critical to success. Phage display allows the generation of Abs against nearly any target including, toxins, pathogens, non-immunogenic or highly conserved antigens.

Prof. Vasquez then discussed the advantages and disadvantages of each one of these technologies and highlighted that the use of mAbs as therapeutics requires optimizing several of their key attributes, including binding affinity and specificity, folding stability, solubility, pharmacokinetics, effector functions, and compatibility with the attachment of additional antibody domains (bispecific Abs) and cytotoxic drugs (antibody-drug conjugates). Addressing these and other challenges requires the use of systematic design methods that complement powerful immunization and in vitro screening methods. Other strategies for blocking cytokine are FC-based fusion proteins, which are composed of an immunoglobin Fc domain that is directly linked to another peptide. This Fc domain markedly increases the plasma half-life and can improve the solubility and stability of the partner molecule both in vitro and in vivo. FC-based fusion proteins are now a well-established class of therapeutics. She also discussed new strategies for blocking cytokines such as signalling pathways. To date, the blocking of these signalling pathways is a new strategy for cytokine inhibition and many kinase inhibitors have been evaluated and some of them are using in clinical right now.

Finally, Prof. Vasquez ended her lecture by highlighting the importance of looking for biomarkers of using samples from different phenotypes of the same disease to find a good target and then develop a good strategy to blocking it.