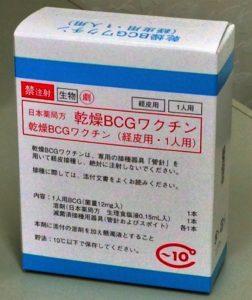 Though BCG protects young children from disseminated TB, it has variable to no efficacy in adults. Reduced efficacy in adults is hypothesized to be due to lack of sustained mucosal immunity in the lung, the major site of infection. Researches from USA, Denmark and Khazakstan aimed to compare vaccine induced immune responses between oral and intradermal BCG vaccination. Researchers hypothesized that intradermal vaccination preferentially induces systemic immunity, where as oral BCG vaccination induces mucosal immunity. Thus combining both vaccination routes would ideally induce both systemic and mucosal immunity, which could potentially protect against disseminated TB and TB in the lung.

The study conducted by Hoft et al., was a phase I vaccine trial which measured safety and immunogenicity. Due to this they were unable not demonstrate induction of protective immunity against M.tb infection or TB disease. Unfortunately, due to a dropout rate of 29% (20 out of 68) of participants at the final visit (2 years post 1st vaccination), study results were  not sufficiently powered to determine differences between the two vaccination strategies.

Unfortunately, as indicated earlier the study results were not sufficiently powered to detect significant responses due to high drop out. Thus further studies will be need to confirm these findings particularly on larger cohort, to determine if intradermal and oral BCG do truly induce localised immunity in different part of the body i.e. systemic vs mucosal immunity.