GET OUR MONTHLY NEWSLETTER
Immunopaedia > Breaking News > News 2018 > Have you heard of analytic treatment interruption of HIV ART?

Have you heard of analytic treatment interruption of HIV ART? 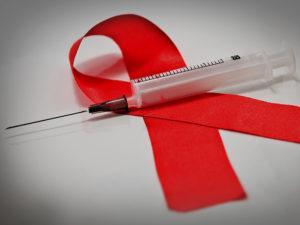 Advancements in the care and treatment of HIV has greatly improved over the past decades. The hallmark of this improvement is the lifelong administration of antiretroviral therapy (ART), which limitd viremia in some cases to undetectable viral loads. One of the goals for the HIV research field is to achieve a functional cure for HIV, the elimination of detectable virus without the use of ART.

Clinical validation of new treatment options would require cessation of ART while carefully monitoring viral load, this is termed as analytic treatment interruption (ATI). In theory, the utility of ATI provides a very good environment to test whether HIV cure is possible.  However, there is a debate on the ethicality of this, as ATI currently provides a potentially greater risk than clinical benefit. **

A study conducted in Boston, USA by Clarridge et al., aimed to determine the impact short-term ATI and reinitiation of ART on immunologic and virologic parameters. Study participants all had undetectable plasma vireamia with an ART regiment with ≥ 3 drugs.

All participants received at least 2 doses of VR0C1 prior and during ATI. Researchers measured HIV DNA burden, plasma viremia, cell associated HIV RNA and replication competent HIV, as well as conducted immune profilling. Overall, short ATI resulted in the transient increase in plasma viremia and HIV DNA, which returned to pre-ATI levels upon reinitition of ART. Additionally, short term ATI followed by ART did not contribute to sustained inflammatory abnormalities, such as increased activation (HLA-DR), T cell exhaustion. VR0C1 antibody treatment has no impact on viral and immune responses measure.

Overall, this study showed that short-term ATI followed reintitiation of ART does not lead to permanent expansion of the HIV reservoir and irreversible immune system abnormalities. In fact the viral and immunological pattern returned to pre-ATI levels following ART.