MAIN NAVIGATION
GET OUR MONTHLY NEWSLETTER
Immunopaedia > Breaking News > News 2018 > E-cigarettes may not be a healthier alternative to traditional cigarettes.

E-cigarettes may not be a healthier alternative to traditional cigarettes. 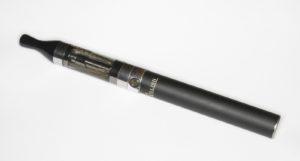 Researchers also showed that ECVC enhances production of reactive oxygen species (ROS), inflammatory cytokines, chemokines and metalloproteins in AMs, as well as reduced phagocytic ability of AMs. Overall this effect was is less pronounced when AMs were exposed to nicotine free-ECVC. Finally, researchers showed that negative effects of ECVC is attenuated by addition of the anti-oxidant N-acetyl-cysteine (NAC). Suggesting that ROS and aldehydes play a role in the effects of ECVC.

Overall, despite many limitations to this study highlighted in the discussions section of the original article. This study shows a significant cytotoxic effect of ECVC, as well attenuation of phagocytic activities on AMs. This warrants the need for further research that elucidates the effects of e-cigarettes exposure on lung function and health.