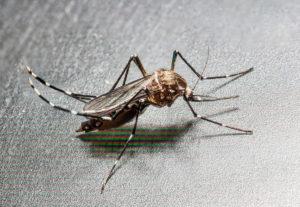 First isolated in Ugandan monkeys, Zika virus (ZIKV) is a primarily vectorborne pathogen carried by certain Aedes mosquitoes. Though recent studies have postulated that ZIKV has been circulating in Africa and Asia for decades, it is considered a re-emerging infectious disease that first gave rise to global concern in 2007. As of 2015, there has been a large surge of infection that caused an epidemic across South America and Southeast Asia.

Most famously, ZIKV has been associated with microcephaly, the abnormal formation of a baby’s head, in ZIKV-infected mothers. However, ZIKV disease often does not show symptoms or will manifest itself as a mild illness; thus, it is often mistaken for other tropical diseases. Furthermore, ZIKV has numerous routes of transmission including: vector, blood, sexual, and mother-to-child.

The WHO has since officially announced the end of the 2015-2016 Zika epidemic. However, the organization has also suggested that research should be directed towards diagnostic and preventative measures rather than treatments. Researchers from the Singapore Immunology Network and Ministry of Health evaluated the effectiveness of using whole blood samples to measure ZIKV N3 antigen as an alternative diagnostic method to precise reverse transcription-polymerase chain reaction (RT-PCR) using urine samples. Current assays also use cell-free serum, but are generally not optimized for whole blood. Whole blood was investigated due to the fact that previous studies have indicated that whole blood yields more sensitive ZIKV RNA detection in comparison to serum only.

ZIKV NS3 antigen detection was higher in the acute stage, which suggests that this method may be effective as an early diagnostic method. Approximately 40% of patients had moderate to high levels of the NS3 antigen within both stages. High detection of ZIKV NS3 antigen was less prevalent at the early convalescent stage, where many patients had detection levels similar to healthy subjects. Furthermore, results indicated a general trend of decreasing monocyte counts from the acute to early convalescent stage, whereby there was lower NS3 detection. Urine ZIKV RNA detection had the highest sensitivity. Nevertheless, whole blood ZIKV RNA detection was confirmed to be more sensitive in comparison to serum samples.

This article emphasizes the importance of current testing, as well as newer alternative methods to provide precise, yet practical diagnoses of Zika virus infection. This novel whole blood measure may be used as a widespread early diagnostic marker at an active stage should an epidemic re-emerge once again.