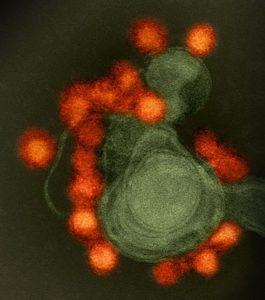 T cells have been found to play an important role in the control of Zika virus as shown by scientist from the La Jolla Institute for Allergy and Immunology. The study describes how CD8 T cells, in particular, are important in keeping the virus at bay and ensuring it does not become a severe infection in the host.

Most research on Zika virus has focused on B cells and the antibody response towards the virus. The problem with Zika virus however, is that a process known as antibody-dependent enhancement may occur when the virus is in the host. Antibody-dependent enhancement is a phenomenon where non-neutralizing antibodies aid the process of viral entry into cells leaving the host more susceptible to infection.

Therefore, other immune cells should be investigated to better understand how to control the virus. Previous research has implicated T cells in the control of diseases such as dengue virus and this made the team of researchers, led by Sujan Shresta, to investigate the role of these immune cells in Zika virus infection.

To investigate the importance of CD8 T cells in fighting Zika virus infection, the researchers infected CD8 T cell-deficient mice with the virus and found that they had higher mortality than mice with CD8 T cells. The researchers also developed a novel mouse model of mice who lack type I interferon receptor in specific myeloid cells. The blocking of this receptor increased the susceptibility of mice to Zika virus.  They then mapped which proteins in the virus were responsible for eliciting strong T cells responses against the mice and found three proteins which were involved: PrM, E and NS5 proteins.

In summary, the authors show that CD8 T cells are important in controlling Zika virus infection. More research must be undertaken to understand how this can be translated into an effective Zika virus treatment or preventative vaccine.