Role of IL-7 receptor in tuberculosis 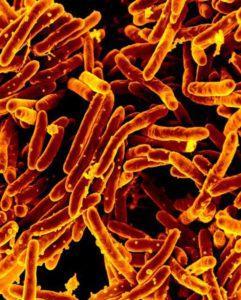 Tuberculosis still remains a public health concern especially in developing countries. Although much is known about immune response to M. tuberculosis infection today, there is still much to learn about the dynamics of host-pathogen immune interaction. T-cell proliferation and generation of protective memory during chronic infections depend on Interleukin-7 (IL-7) availability and receptivity.

In this study, the researchers sought to investigate the role of IL-7/IL-7R on T-cell immunity in Ghanaian tuberculosis patients. Blood plasma and T cells were characterized for IL-7/sIL-7R and mIL-7R expression. Tuberculosis patients had lower soluble IL-7R (p < 0.001) and higher IL-7 (p < 0.001) plasma concentrations as compared to healthy contacts. Both markers were largely independent and aberrant expression normalized during therapy and recovery.