Road to an effective HIV immunogen 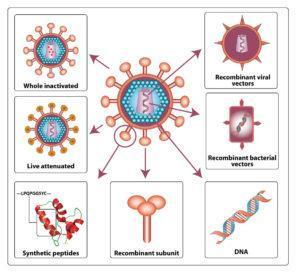 Designing a HIV immunogen capable of eliciting broad antibody responses has been a challenge in the field. The highest efficacy in an HIV vaccine trial was 31% which is not enough to protect the majority of vaccinees. Therefore, new immunogens must be developed to produce a wider and more robust response. Researchers from the Vaccine Research  Center at the NIH in USA have developed an optimized HIV immunogen with characteristics which could be further modified to produce an effective HIV immunogen.

In 2013, scientists published on the development of an HIV soluble trimer that displayed most of the epitiopes for broadly neutralizing antibodies. This trimer had modifications to stabilize it in its closed, pre-fusion conformation. The modifications include the addition of a disulfide bond, an isoleucine to proline mutation at the 559 residue and the truncation of the end of the gp41 domain. This trimer is derived from the subtype B virus BG505 and known as the BG505 SOSIP trimer.

In this study, scientists, led by Peter Kwong, further modified the BG505 SOSIP trimer by adding an additional disulfide bond to further stabilize it. They then tested 103 trimer mutations to see which mutations could improve the stability of the trimer. They chose to further characterize 4 mutated trimers with different stabilizing mutations.

The mutated trimers all produced good yields of trimers predominately in the closed, pre-fusion conformation. These trimers could be bound by broadly neutralizing antibodies but had reduced affinity for soluble CD4. The original trimer was easily bound by CD4 which disrupted the closed conformation. The mutations were able to overcome this undesirable characteristics. These mutations in the trimers also led to increased thermostability, greater than that of the original BG505 trimer.

The researchers vaccinated guinea pigs with the trimers and found that they eliciting potent antibody neutralizing responses towards the autologous BG505 virus. However, they could not elicit broad responses.

Altogether, these data show that there is still a great deal to learn about HIV immunogen design before we can get an effective HIV vaccine to elicit broad responses. Further modifications to these SOSIP trimers may lead to the development of a vaccine able to protect against the global circulating HIV strains.