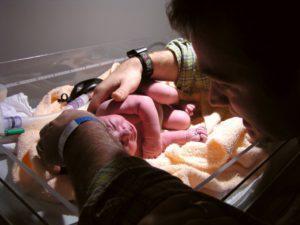 The immune system of infants begins developing well before birth to provide protect at the maternal-fetal interface and prevent infections. When a child is born, it is theorized that the pro-inflammatory response is suppressed to allow a smooth transition from uterus to external environment. However, newborn and preterm infants are often found to lack proper pro-inflammatory response. They are observed to have increased leukocytes and lymphocytes, but with poorer function, when compared to adults.

Researchers from the University of Bologna, Italy, evaluated blood samples from preterm infants with very low birth weight. Basal adaptive immunity, as well as the development of the immune system during the first month of life, of very preterm infants was measured. This was performed by measuring intracellular ATP (iATP), a metabolite which indicates the final response of peripheral CD4+ T-cell activity. This study was the first of its kind to employ the immune monitoring test, ImmunKnow assay, on newborn and preterm infants.

Preterm infants were found to have markedly lower CD4+ T-cell activity in comparison to adults at birth and 30 days after birth. In addition to preterm births, a notable finding was that infants of caesarean section had lower median ATP counts when compared to infants of vaginal delivery, where birth itself may be considered an inflammatory event. This indicates a difference in activation of CD4+ T-cells. Lower iATP was also found in twins and patients with necrotizing enterocolitis during the first week of life. Recruited twins were all dizygotic, indicating that each infant may have different immunity and are susceptible to greater immune tolerance to accommodate three intermingling organisms. In contrast, patients with prolonged premature rupture of membranes were found to have higher iATP since they may also be considered an inflammatory event.

Impaired adaptive immunity due to preterm birth may increase the risk of developing necrotizing enterocolitis and decrease infection control at intestinal lumen. Generally, subjects indicated a lack of functional matured lymphocytes and altered iATP production. Researchers’ knowledge of lowered iATP production in preterm infants can be used to elucidate pathways that contribute to immature immunity.