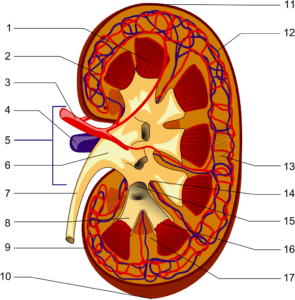 A person becomes infected with HIV when it evades the body’s natural defences and replicates. While there are numerous ways a person can be exposed to HIV, the most common routes of infection involve sexual contact and shared injection equipment.

Pre-Exposure Prophylaxis, or PrEP, is an HIV prevention method for people who are not infected with HIV but are at a high risk of contraction. Packaged in a pill called Truvada, PrEP is a cocktail of two drugs (tenofovir and emtricitabine) that are usually used to treat HIV positive patients. By blocking the action of viral reverse transcriptase, PrEP prevents the transcription of viral DNA and can reduce the viral load in the patient. Using the same mechanism, PrEP can also be used to prevent HIV from establishing itself in a healthy individual. In a review of multiple PrEP clinical trials, PrEP was found to be highly effective in preventing HIV infection if patients took the pill consistently. PrEP reduced the risk of infection through sexual contact and injection drugs by approximately 90% and 74%, respectively.

While PrEP seems to be a safe and effective HIV prevention method, long term studies should be done on the risks and side effects of PrEP. Since PrEP is prescribed to healthy individuals, even minor toxicities could be a concern.

Liu AY et al., 2016. Changes in renal function associated with TDF/FTC PrEP use in the US Demo Project. Conference on Retroviruses and Opportunistic Infections