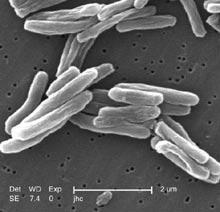 Pre-diabetes mellitus (PDM) is characterised by higher than normal levels of glucose that are below the threshold for diagnosis of type 2 diabetes mellitus. The prevalence of PDM is steadily increasing globally, and is estimated to increase to almost half a billion by 2030. The role of type 2 diabetes mellitus as an important risk factor for development of active Tuberculosis (TB) disease has been extensively studied. However, there is limited knowledge on the effect of PDM on immune responses in latent mycobacterium tuberculosis (M.tb) infected (LTBI) individuals

Kumar et al. also investigated the impact of PDM on CD4+ Th2 responses. Surprisingly, PDM-LTBI individuals had significantly reduced impairment in production of IL-4 only but not IL-5 and IL-13 in response to non-specific, M.tb-specific and flu-specific antigenic stimulation.  This suggests a complete dysfunction of IL-4 production in PDM-LTBI infected individuals, which requires further investigation.

In summary Kumar and colleagues, illustrate that PDM is associated with M.tb-specific dysfunction in Th1/Tc1 and Th17/Tc17 T cell subsets, as well as overall dysfunction of IL-4 production by T cells. Highlighting the need for research that interrogate the role of PDM as a potential risk factor for active TB, as the prevalence of PDM is steadily increasing.