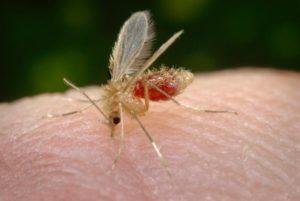 Scientists have shown that the leishmania parasite is able to evade the immune system and cause infection by producing a molecule that binds to a receptor known as Mincle or Clec4e. This receptor is expressed on dendritic cells. When the parasite’s proteinaceous ligand binds to the receptor, the antigen presenting ability of the dendritic cells is inhibited.

The leishmania parasite causes the disease known as leishmaniasis – categorized as one of the neglected tropical diseases. The parasite is transmitted through sand flies. Approximately 12 million people are infected with this disease each year and this results in up to 30 000 deaths per year.

Some of the symptoms of the disease included fever, weight loss, open sores and mucosal ulcers. There is currently no vaccine for leishmaniasis and therefore, research towards understanding how the disease is acquired and its pathogenesis may be important for immunogen design.

Researchers, led by David Sancho, aimed to investigate  how the leishmania parasite is able to evade the immune system and establish infection. Using mouse models, the researchers were able to show that a certain receptor known as Mincle found on dendritic cells was blocked the parasite. The knock-out mice lacking the Mincle receptor (Mincle-deficient mice) had 90% less parasites after they were infected with leishmania as opposed to mice who had the Mincle receptor.

The Mincle-deficient mice had stronger and earlier Th1 immune response as opposed to control mice and this protected them from severe infection.  In the absence of the Mincle receptor, the dendritic cells were able to function normally, presenting antigens to the T cells and activating them.

This study shows a novel mechanism behind the ability of the leishmania parasite to evade the immune system. The data suggest that the Mincle receptor may be an effective target for leishmaniasis therapies.