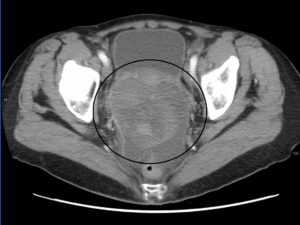 Researchers from the Princess Margaret Cancer Centre, Toronto, have discovered a novel type of innate lymphoid cell (ILC) able to regulate tumor-inflitrating lymphocytes (TILs).  This results in a decreased immune response towards the cancer. This study sheds light into the mechanisms which lead to a worse cancer prognosis and may explain why some people do not respond well to cancer immunotherapy.

ILCs can be divided into three classes, each with different functions. One type of ILC includes cytotoxic natural killer (NK) cells and ILC1s. These cells both produce interferon-γ. The second type of ILCs are the ILC2s which produce cytokines such as IL-4 and IL-13. The third group, ILC3s, produce IL-22 and can also produce IL-17A.

Based on this previous information on ILC-dependent regulation of the adative immune system, the researchers, led by Pamela Ohashi, investigated the role of ILCs in cancer. They obtained samples from participants with different types of cancer, including ovarian cancer and analyzed the different cell populations in each sample.

They found a novel type of ILC that was able to inhibit the infiltration of lymphocytes into tumours, therefore downregulating the immune response towards cancer. The cells had a CD56+CD3- phenotype and led to a reduction in the numbers of T cells by suppressing T cell expansion. The novel ILCs also reduced the expression of beneficial cytokines by T cells.

These novel ILCs produced IL-22 and were similar to NK cells and other ILCs in terms of their expression profile.  The presence of these ILCs was associated with the cancer recurring at a faster rate.

Altogether, this study has described a novel population of ILCs which play a regulatory role in cancer. Understanding the effect of this subset of cells in other contexts may be important in understanding the limits of the immune response in the control of other conditions.