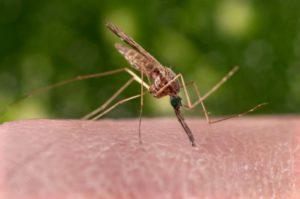 RTS,S is the first licensed vaccine for the prevention of malaria infection. However, this vaccine still displays modest efficacy which can be improved upon. This study highlights the development of an improved version of RTS,S called R21. This modified vaccine was immunogenic at low doses in mice and elicited protective responses against malaria sporozoite-stage parasites.

RTS,S was developed by GlaxoSmithKline and Walter Reed Army Institute of Research. The vaccine is made up of 22 nM, Hepatits B surface antigen (HBsAg) virus-like particles (VLP) which contain regions of the malaria antigen, CSP. RTS,S elicits high amounts of malaria-specific antibodies as well as moderate amounts of CD4 T cell responses. The vaccine is administered with an adjuvant to boost the immune responses. Although it only has modest efficacy of up to 50% in children, it is currently the best vaccine option available. Further modification of the RTS,S vaccine may aid in boosting this efficacy. This led researchers from the Jenner Institute Laboratories, University of Oxford, to further modify this vaccine.

The researchers modified the RTS,S vaccine by increasing the proportion of the malaria CSP antigen to HBSsAg VLP to increase the immune responses that target CSP. They called this modified version, R21. The vaccine was tested in mouse models and found to elicit robust antibody responses towards the CSP antigen even at low doses of 0.5 μg. The response to HBsAg was minimal. R21 provided sterile protection to mice after infection with Plasmodium berghei parasites which express the Plasmodium falciparum CSP. The efficacy of this vaccine was enhanced when R21 was combined with thrombospondin related adhesion protein (TRAP)-based viral vectors with increased cellular and humoral immunity.

R21 has the potential to be a highly efficacious vaccine to prevent malaria infection. The vaccine is currently in Phase I clinical trials in West Africa and the United Kingdom. Efficacy trials also also being planned with and without TRAP-based viral vectors.