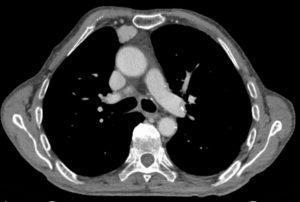 Hypopituitarism is a condition where the pituitary gland is not functioning well which leads to abnormal hormone production. Although the condition is rare, it can be life-threatening and therefore there is a need for a better understanding of how the disorder arises.

The same group of researchers recently found that the pituitary-specific transcriptional factor-1 (PIT-1) is targeted by an anti-PIT-1 antibody that causes autoimmunity against PIT-1. PIT-1 is important in the production of hormones in the pituitary gland. Mutations in PIT-1 lead to hormonal deficiencies. In addition to the presence of anti-PIT-1 antibodies, cytotoxic T cells (CTLs) have also been shown to play a role in the occurrence of this condition.  They named the autoimmune disease anti-PIT-1 antibody syndrome. However, the mechanisms behind this disorder were not known.

To determine the mechanism behind the disorder, the researchers examined 3 patients with anti-PIT-1 antibody syndrome. The patients were 44, 75 and 78 years of age. Although they all had the autoimmune disease, their medical histories varied widely except that all 3 patients had similar pituitary function.

All three patients were found to have thymoma, which is a tumour in the thymic gland. They found that PIT-1 is expressed in these thymoma cells. CTLs then targeted PIT-1 and this caused the autoimmune response. When the researchers removed the thymus from patients with the autoimmune disease, the levels of anti-PIT-1 antibody and the effects of the CTLs specific to PIT-1 were greatly reduced. However, at 2 years post-thymus removal, there was no detectable improvement in pituitary function.

Altogether, this study highlights the mechanisms which cause novel anti-PIT-1 antibody syndrome. These data could be used to develop treatment strategies able to control and cure the condition.