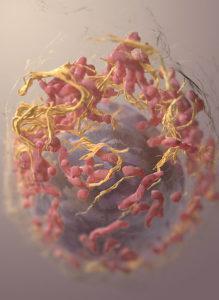 Several approaches to enhance immunity against tumor cells in cancer patients have been proposed. Therapeutic vaccination has been reported to be one of the most successful ways to tackle the disease. To improve cancer vaccines, researchers led by Byram W. Bridle, proposed that multi-site injections could enhance not only IgG levels but also CD8+ T cell responses against the tumor. This technique was previously described to increase immunity against numerous diseases through boosting antibody production.

In most cases, vaccination using single injections are sufficient to prevent infections by boosting foreign-specific T cell populations. However, targeting T cell populations against self-antigens, like some encountered in melanoma, can be hard. In order to prevent autoimmune diseases, self-specific T cells are deleted by negative selection in the thymus, reducing self-specific naive T cell frequency, which challenges its priming and expansion.

Since single injections limit the antigen presentation to the closest draining lymph node, doing it in multiple sites around the body should broadly increase the chance of reaching this low-frequency self-specific population. By magnifying the chance of activation and expansion of this population, it is possible to generate an important immune response against the tumor.

By following this approach, the group showed that it is possible to target a self-antigen named dopachrome tautomerase present in melanoma by using a vaccination protocol with multi-site injections. As a result, they could induce not only a four-fold plasma tumor-specific antibody increase when compared to a single injection but also an expansion of at least two-fold in the specific CD8+ T cell population in blood, spleen and lymph nodes. Finally, as increased numbers of tumor-specific CD8+ T cells are usually correlated to enhanced survival in cancer patients, this modification should be seriously taken into consideration in the clinic as it proposes a very simple strategy to improve the treatment.