Microorganisms in the eye protect against infection 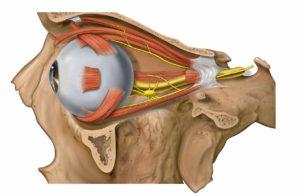 Commensal bacteria are resident in various parts of the body and are beneficial to human health. However, little focus has been on the microbiome of the eye. This recent study has demonstrated that there are microbiota in the eye and sheds light on how these microorganisms are able to protect the eye from pathogen attack.

The ocular surface of the eye is made up of mucosal tissue. Although this tissue is exposed to different types of environmental microorganisms it is frequently able to defend itself from infection. Researchers wondered whether the ocular surface contains commensal bacteria because it seems plausible that tears would wash away most resident microbes in the eye. Also, ocular secretions contain anti-microbial properties such as lysozyme and complement.  Since data on resident microbes in the eye was lacking, researchers from the National Eye Institute at the NIH, USA investigated this further.

The researchers identified Corynebacterium mastitidis (C. mast) bacterium as a resident eye microbe by culturing bacteria obtained from the conjunctiva (membrane lining the eyelids) of mice. They then went further to understand how this bacteria aids in the prevention of infection. Continuing with mouse models, the researchers found that C. mast caused γδ T cells to produce interleukin 17 (IL-17). Il-17 is a cytokine that plays a role in the host defense against pathogens. The Il-17 that was produced recruited neutrophils and induced the secretion of anti-microbial products into the tears. The immune response triggered by C. mast protected the eyes from Candida albicans and Pseudomonas aeruginosa infections.   Interestingly, C. mast is able to survive the immune response that it initiates but the reason behind this is unclear.