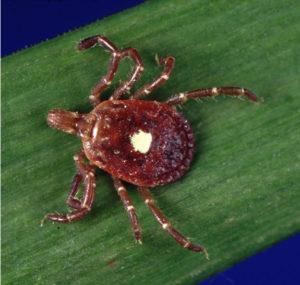 In humans, anaphylaxis is a severe reaction to an allergen due to an overwhelming immune response. During anaphylaxis, IgE binds to a foreign antigen which causes mast cells and basophils to release inflammatory mediators and cytokines.  This can lead to deadly symptoms that range from shortness of breath to cardiac arrest.

In order to prevent anaphylactic attacks from occurring, potential allergens must be identified and documented. Within the last decade, new allergies have surfaced, where many seemingly isolated cases of hypersensitivity have been found to be related. One of these emerging allergies is the alpha-gal allergy.

Researchers from the University of Virginia Health System were observing a number of patients who had experienced recurrent anaphylaxis, urticaria, or angioedema. While the causes of their symptoms were initially unclear, researchers noticed that a number of these patients had consumed red meat 3-5 hours before their symptoms surfaced. Skin prick tests done on the patients showed strong signs of sensitivity, and blood tests results confirmed that there was a high level of red meat-specific IgE antibodies in the blood. On the other hand, patients had negative results when tested against poultry and fish. This red meat allergy was eventually linked to the likely presence of alpha-gal on the red meat. Galactose-alpha-1,3-galactose, also known as alpha-gal, is a carbohydrate found in most mammals except primates (including humans). Patients with red meat allergies had IgE antibodies that were specific to alpha-gal.

However, all of the patients had consumed red meat without any problems for many years prior to the appearance of their symptoms. The onset of their symptoms seemed triggered by an event. After three members of the research team were bitten by ticks and developed the alpha-gal allergy, the relationship between tick bites and alpha-gal allergy was established. This was confirmed when patients were asked to recall if they were bitten by ticks prior to the development of their allergies. Certain tick bites had caused humans to develop IgE antibodies against alpha-gal, leading to a delayed anaphylactic reaction after the consumption of red meat.

The alpha-gal allergy is not fully understood. However, this study has opened up many questions regarding the properties of alpha-gal on red meat and the mechanism behind alpha-gal sensitization due to tick bites.