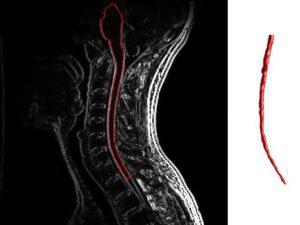 Multiple Sclerosis (MS) is a condition which affects the central nervous system. Researchers from Stanford University School of Medicine have now found a link between the gut microbiome and the severity of MS. These data suggest that certain bacteria are more likely to exacerbate the condition by causing a pro-inflammatory T cell response.

The researchers obtained peripheral blood mononuclear cells (PBMCs) from individuals with MS and controls without and stimulated these cells with “self” bacterial extracts from matched stool samples. They did this to investigate whether gut bacteria from MS patients affect the functioning of the immune response. The researchers found that the PBMCs of MS patients were unable to efficiently differentiate or expand Treg populations.

The researchers then sequenced 16s ribosomal RNA from 71 MS patients and 71 controls to identify the bacterial colonies in the guts of these individuals. Levels of individual microbial taxa varied significantly between the two groups. Akkermansia muciniphila and Acinetobacter calcoaceticus bacteria were at higher levels in MS patients. These bacteria induced pro-inflammatory responses in both PBMCs and a mouse model. Parabacteroides distasonis bacterium was at a lower level in MS patients and was found to induce anti-inflammatory responses. When microbes from MS patients were transplanted into germ-free mice, the mice had lower proportions of Tregs compared to control mice.

In summary, this study shows that specific gut microbiota are associated with pro-inflammatory T cell responses which may exacerbate MS. This study highlights a previously unknown contributor to the pathogenesis of the condition.