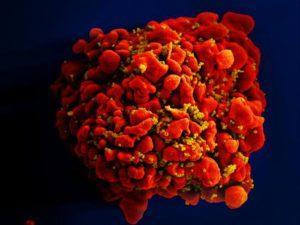 Although antiretroviral therapy (ART) can suppress most HIV replication, the virus establishes reservoirs and these cells may undergo proliferation despite the treatment. Researchers have now developed a method to determine how many of these infected cells are producing HIV RNA and at what levels. The method can also identify which cells are responsible for viral rebound upon cessation of ART.

When HIV infects the host, the viral DNA not only integrates within the host DNA but the virus also establishes reservoirs within cells. Prior to this study, there were several methods which could extract HIV RNA from PBMCs. These methods could sequence and quantify the viral populations but could not adequately investigate RNA expression profiles in single cells. Therefore, prior to this study it was not known what fraction of cells expressed HIV RNA at certain time points, how much RNA was expressed and whether the expression was influenced by ART.

This led researchers, led by Mary F. Kearney, to develop a more sophisticated method of identifying and characterizing HIV RNA expression in single cells over time. Previous observations led researchers to hypothesize that the HIV reservoir contains some clonally expanding cells with active proviruses which could give rise to viral rebound upon cessation of ART. Based on this, the researchers developed a cell-associated RNA and DNA single-genome sequencing (CARD-SGS) assay to quantify HIV RNA expression in single cells.

This method was able to determine what fraction of proviruses expressed HIV RNA and at what levels.  The researchers found that approximately 7% of provirus in cells expressed HIV RNA. Interestingly, even defective proviruses were able to express HIV RNA. The assay isolated RNA from PBMCs in a much more improved way as opposed to previous methods, as it involved analysis of end-point dilutions of the infected cells which are expressing HIV RNA. The assay efficiently identified the source of the virus which caused viral rebound.

In summary, researchers have developed the CARD-SGS assay to efficiently characterize HIV RNA expression in single cells, even in the presence of  ART. This study may help in identifying the source of the viruses which causes rebound and help understand how HIV reservoirs are maintained and may disrupted.