IL-17RA deficiency and susceptibility to pathogens 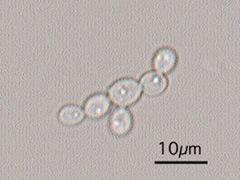 Chronic mucocutaneous candidiasis (CMC) is an infection caused by the fungus Candida albicans. An inherited IL-17RA deficiency increases susceptibility to this infection. Researchers have now studied CMC patients and have unlocked the genetic, immunological and clinical features of this disease.

CMC is a chronic infection that affects parts of the body such as the skin and genital mucosa. It mostly affects immunocompromised individuals, such as those with acquired T-cell immunodeficiences or HIV.  There are, however, inherited forms of the disease, although they are quite rare.

IL-17RA belongs to a family of Il-17 receptors. Along with other family members,  IL-17RA forms heterodimers which facilitate IL-17 cytokine signalling. In a previous study, the same authors led by Anne Puel, discovered that CMC was caused by an autosomal recessive (AR) IL-17RA deficiency. However, the limitation of this study was that they only studied one patient.

In this study, the researchers identified 20 individuals who had homozygous IL17RA mutations. Including the previous individual, they found that all 21 participants were completely AR IL-17RA deficient. The cells from the participants did not respond to IL-17A, Il-17F, or-IL17E/IL-25.

The researchers then went on to investigate the clinical phenotype of the patients, focusing not only on CMC but also on staphylococcal skin infections and bacterial respiratory tract infections.  The patients varied in age from 2 – 35 years of age. They were from diverse regions around the world: Morocco, Turkey, Japan, Saudi Arabia, Algeria and Argentina. However, they all experienced CMC within 6 months of life.

14/21 patients had staphylococcal skin disease and 8/21 were more susceptible to respiratory tract bacterial infections.This study highlights the importance of Il-71RA in mucocutaneous immunity towards fungi and bacteria; in this case Candida and Staphylococcus.  The study also shows that the IL-17RA-dependent signalling may play a role in protective immunity against respiratory tract bacteria.