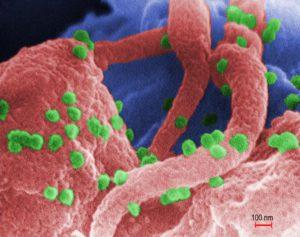 Broadly neutralizing antibodies which target the HIV Envelope usually have very rare characteristics. For example, some of these antibodies are highly mutated, polyreactive, contain indels and have unusually long complementarity-determining regions. One such example is VRC01, a very broad and potent antibody that targets the CD4-binding site. As very few HIV-infected individuals make VRC01-like antibodies, it is expected that they will be difficult to elicit after vaccination. Therefore, the researchers developed two VRC01-like antibodies with less mutations than the parent antibody. One of these antibodies had more usual antibody characteristics which were in line with antibodies usually elicited after vaccination.

These researchers have shown that antibodies do not need to be highly mutated in order to be broad. This makes HIV vaccine development a more achievable goal as antibodies that are easier to elicit may be just as effective as highly mutated broadly neutralizing antibodies.