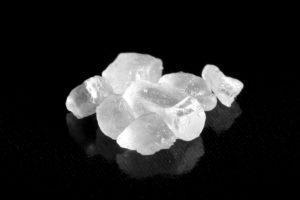 Organ transplants save countless lives every day, but they are also incredibly risky. Due to genetic disparities between the donor and host, graft versus host disease can occur. The immune system that usually protects the host against pathogens attacks the newly grafted organ, leading to organ failure. Gene-environment interactions have been studied to better understand autoimmune disorders, but now, researchers have begun to look at the impact of a high salt diet on graft rejection.

Salt concentrations control the extracellular fluid volume in the body. However, fluid compartments in tissues may not be constantly isotonic. Researchers found that rats that were fed a high sodium diet had higher sodium levels in the epithelial interstitial space. This caused hyperplasia of the lymphatics in the mice. In a separate study, high epithelial sodium levels led to a greater immune response against the Leishmania major parasite. This lead to the stimulation of nuclear factor of nuclear factor of activated T cells 5, increasing classical macrophage activation. Studies on high sodium intake and immune function seem to link high sodium intake to increased inflammatory macrophage activity and decreased anti-inflammatory macrophages.

High salt exposure has also been linked to alloimmunity, immune reactions against foreign antigens from members of the same species. In mouse models, Safa et al. showed that a high salt intake leads to an accelerated allograft rejection. A decrease in Treg proliferation and increase in effector T cells led to an increased ratio of CD4+ T cells to Tregs in mice that were fed with high salt diets.

The effects of a high salt diet have repeated been shown to increase inflammatory immune responses and graft rejection in murine models. However, these studies have yet to be replicated on humans.