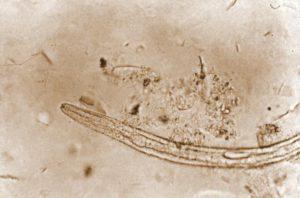 Type 2 immunity is broadly associated with cellular and cytokine response for interleukin (IL) production, including IL-4, IL-5, and IL-13, of the Th2 phenotype.1 The Type 2 immune response is activated to respond to helminths, microparasite – including roundworm and hookworm – that cause nearly a quarter of the world’s population with helminth infection. The immunity functions as a wound repair mechanism to neutralize damage due to helminth infection. Innate immune cells influencing Type 2 immunity are uncommon, but play a role in immune response. These include cells such as basophils and dendritic cells, where the Type 2 innate immune cells are located throughout the body, but particularly in specific sites, such as skin, lung, and gut – all areas of host-helminth interaction. Webb and Wojno have described a variety of innate immune cells that have been implicated in helminth infection protection from literature of other researchers.

Group 2 innate lymphoid cells (ILC2s) are recently identified cells reported to influence Type 2 immunity. ILC2s are non-B and non-T cell populations that have been shown to drive Type 2 immunity in mouse models, and have unique surface marker expression. These cells have also been demonstrated to release IL-9, a stimulator of IL-5, IL-13, and growth factor aphiregulin during mouse-adapted helminth Nippostrongylus brasiliensis infection, representative of hookworm infection. ILC2s impact the protective effect against helminths through responding to damage signals within the epithelium and development of gastrointestinal helminth response. Moreover, ILC2s can also help in a wound healing response, whereby immunity is activated during Schistosoma mansoni trematode infection in humans.

Basophils are rare innate immune cells, that include less than 1% of leukocytes. Unlike dendritic cells and ILC2s, much less has been concluded on the role of basophils in helminth infection. Though basophils have demonstrated capability of being antigen-presenting cells, its mechanisms against helminth infection are not strongly required for Th2 priming. Despite this, basophils can release IL-4 during many gastrointestinal helminth infections. In contrast, macrophages are found to be key in clearing certain helminth infections in mice. Macrophages also act in an antibody-mediated response to serve as a barrier of protection against Schistosoma haematobium and Brugia malayi. Macrophages are essential for tissue inflammation Type 2 immunity due to its cytokine production.

Dendritic cells are considered a bridge between innate and adaptive immunity, as they prime the adaptive Type 2 immunity. Migration of these cells into the lymph nodes are key for T cell stimulation in helminth infection. IRF4-depedent CD11b+ dendritic cells are necessary for the Th2 immune response. Furthermore, certain helminth antigens have been found to instigate a Type 1-interferon (IFN-1) response of dendritic cells in murine models.