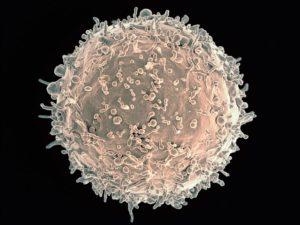 Preterm birth (PTB) occurs when an infant is born before 37 weeks of pregnancy. It is one of the leading causes of child mortality, with up to 18% of pregnancies being affected by the condition. The immune mechanisms surrounding this condition have not been well defined and therefore researchers from Wayne State University, USA investigated this further. They found that B cells play an important role in preventing  PTB.

In over 30% of PTB cases there is a state of inflammation caused by either intrauterine and/or systemic infection. Antibody responses are known to be important to fight both mucosal and systemic infections. Although B cell function during pregnancy is not well understood, studies have found that B cells are modified during pregnancy and dysfunctions in B cells have been associated with PTB. Therefore, the researchers investigated the mechanism behind the cause of PTB and how it links to B cells.

The researchers also used mouse models to study the effect B cells have on PTB. They found that B cell-deficient mice were more likely to develop PTL after inflammation as opposed to wild-type mice. The data suggested that the mechanism was not dependent on IL-10 production. The mechanism identified by the study was that B cells reduce uterine inflammation in a PIBF1-dependent manner. PIBF1 is active progesterone-induced blocking factor 1 and is produced by B cells in the choriodecidua. Administration of PIBF1 has been found to prevent PTL and uterine inflammation. The data revealed that PIBF1 expression in B cells is dependent on IL-33 and its expression in women with PTL is substantially impaired.

This study has shed light on the mechanism behind PTB, showing that the under-expression of PIBF1 in an IL-33-dependent manner plays a role in the condition. The knowledge gained from this study could aid in the development of preventative measures against PTB.