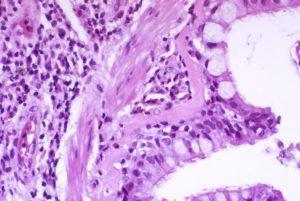 Environmental factors are known to play a role in the onset and pathogenesis of asthma. This study examined the role of pre-natal and early-life environmental exposures on the development of asthma in 442 high-risk, inner-city children. The team was able to determine factors that lowered the chances of getting asthma in this cohort including exposure to indoor pets and also found other environmental factors which were associated with increased asthma risk including pre-natal tobacco smoke exposure. Knowledge of these factors may aid in the prevention of asthma in children living in inner-city environments.

Asthma is a chronic inflammatory disease which affects the lung airways. It is associated with high morbidity and a high cost to the healthcare system worldwide. Early exposure to different environmental factors has been shown to trigger this condition, however not all the triggering exposures have been identified. Currently, it is known that children exposed to farm animals have reduced risk of asthma while children exposed to certain microbial products including bacterial endotoxin have a higher risk of asthma development.

Inner-city children have previously been found to have high rates of asthma. This study aimed to identify environmental factors which contribute to asthma risk in children from low-income, inner-city communities in the United States. Pregnant women were recruited and their children were followed from birth until the age of seven.

The study suggests that strategies to prevent the development of asthma in inner-city children should focus more on maternal behavior during pregnancy. In addition, results from the inner-city cohort agree with studies performed in farming communities where children exposed to animals early in life are less likely to develop asthma due to early microbial exposure.