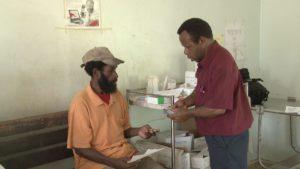 In Papua New Guinea, partial circumcisions – dorsal longitudinal foreskin cutting – is the most common form of penile modification. This type of cut can fully expose the glans, similar to a circumcision. The similarity between procedures lead researchers to investigate the effectiveness of foreskin cutting in the prevention of HIV and other STIs, such as syphilis, gonorrhea, and genital herpes. 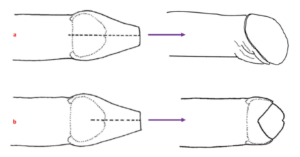 Researchers from Papua New Guinea and Australia recruited male Papua New Guinean participants from voluntary HIV testing and counselling clinics over the span of 21 months. Participants’ demographics, medical history, sexual behaviour, and status of foreskin cutting were recorded and lab-based STI testing and onsite HIV testing was performed. Over a third of participants had dorsal longitudinal foreskin cuts, whereas only 1.3% were circumcised. There was a high prevalence of STIs, where over a third of the participants had genital herpes and over 10% were infected with HIV. Despite this, males with full dorsal longitudinal foreskin cuts were significantly less likely to be infected with HIV, genital herpes, and active syphilis, when compared to their uncut counterparts. Adjusted odds ratios for men with full foreskin cuts for HIV, genital herpes, and active syphilis were 0.25, 0.60, and 0.55, respectively.

Cutting of the foreskin is believed to be an effective method for HIV prevention due to the fact that foreskin contains Langerhans cells, specialized dendritic cells found in mucosal tissue. HIV transmission is theorized to initially target and infect patients through Langerhans cells. This study illuminates an alternative, yet effective method for HIV prevention in males. Dorsal longitudinal cuts in substitute of full circumcisions may be more culturally congruent to countries such as Papua New Guinea. The investigation of foreskin cutting clearly demonstrates the multi-faceted approach to tackling the AIDS epidemic and reinforces the notion that foreskin modification is helpful in HIV prophylaxis.