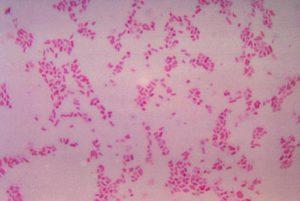 Inflammatory bowel disease (IBD) is a condition characterized by chronic inflammation of the digestive tract. Researchers have found that the gut microbiome differs substantially in people with IBD compared to those without the condition. This study may aid in the development of therapies to re-establish a healthy gut microbiome in these individuals.

IBD includes both ulcerative colitis and Crohn’s disease and results in diarrhoea, weight loss and pain. It affects up to 1.3 million people in the United States and the prevalence is rising worldwide. Therefore, more effective therapies are needed to treat the condition.

The study, led by Janet Jansson, aimed to identify the long-term dynamics of the microbiome from 137 people with IBD. They got faecal samples from participants every 3 months and determined the microbiome profile by 16S rRNA sequencing. They also collected clinical data from the participants such as their faecal calprotectin concentration. High levels of this protein are associated with inflammation and it is therefore used as a marker for IBD. Patient’s genetics were also analysed to determine if there was a link between host genetics, IBD and the changes seen to the microbiome.

The researchers found that the microbiome of people with IBD clustered together upon principal coordinates analysis. Participants with Crohn’s disease specifically had microbiome profiles most different to controls. Several microbial families, such as Enterobacteriaceae, were associated with IBD.

Interestingly, the level of inflammation was not correlated to how far the gut microbiome profiles deviated from controls. The researchers did find an association between big fluctuations in microbiota and increased use of medication in IBD participants.  Although this is the largest study to be done on this subject, the number of participants was low which limited the statistical comparisons between groups.