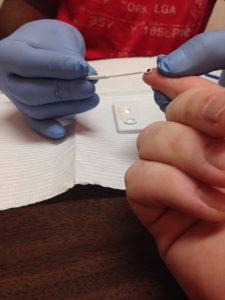 One of the debates in the HIV field is whether antibodies play in role in HIV transmission. Are antibody-neutralization resistant viruses more transmittable or are there other fitness characteristics that make a virus transmit and establish infection? To investigate this, scientists from the Fred Hutchinson Cancer Research Center studied mother-to child transmission. They found no correlation between maternal neutralization-resistant viruses and infant HIV acquisition risk.

The role of neutralizing antibodies in protection against HIV is not fully understood. Studying mother-to-child transmission is a good setting to study if antibodies do play a role in transmission. Without effective medical care to HIV-infected mothers , approximately 30-45%  of infants will become infected with the virus.  This relatively low percentage suggests that there must be some protective immune component protecting most of these infants.

This is the largest study to look at autologous antibody responses to maternal HIV strains in mothers who either transmit or not. This study reveals that antibody neutralization resistance may not play a role in transmission. Other factors other than antibody escape mutants are playing a role in HIV transmission.