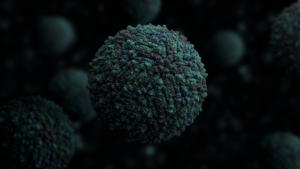 Zika virus (ZIKV) causes major complications to fetal development and therefore a ZIKV vaccine has become one of the main focuses of research groups around the world. Researchers have isolated three monoclonal antibodies (mAbs) which target the virus and are able to prevent non-human primates (NHP) from ZIKV infection. These antibodies may be used to protect pregnant women from the virus and reduce infant morbidity and mortality.

The development of novel preventative strategies to control ZIKV is important especially in pregnant women. This is because the infection may result in abnormal development of the fetus. The use of mAbs in preventing ZIKV is attractive because they are considered to be relatively safe with little to no adverse events associated with their adminstration. Maternal antibodies are able to cross to the fetus through the placenta and may contribute to fetal immunity. This made researchers from the University of Miami to explore how well mAbs could protect against ZIKV infection.

The researchers obtained mAbs from an individual who had been acutely infected with ZIKV in Colombia. To isolate the mAbs they cloned genes from plasmablasts, amplified the heavy and light chains from the isolated B cells and expressed and purified numerous mAbs. Upon testing how well these antibodies could neutralize ZIKV, the researchers focused on three potent mAbs from this participant.

They tested these three mAbs for how well they could protect NHPs from infection. They administered the three mAbs to macaques 1 day before they challenged them with ZIKV. All the macaques were protected from a low passage, primary isolate of ZIKV which was obtained from a pregnant woman in Brazil during the 2016 outbreak. The mAbs displayed a level of cross-reactivity with dengue virus which raised the concern of potential antibody-dependent enhancement (ADE). To reduce the likelihood of this happening, the team incorporated two IgG1 mutations to the antibodies which prevent Fc-g receptor binding.

In summary, this study demonstrates that a cocktail of mAbs can be used to prevent ZIKV infection in macaques. Using mAbs to prevent ZIKV in pregnant women may be a safe and fast-acting preventative strategy against the virus.