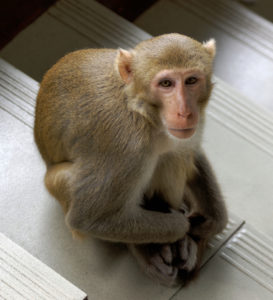 The in vivo effect of broadly neutralizing antibodies (bnAbs) which are unable to completely neutralize HIV in neutralization assays was poorly understood. Therefore, researchers investigated the effects of two of these bnAbs on Simian/Human Immunodeficiency Virus (SHIV) infection in non-human primates (NHPs). They found that these antibodies were still able to protect the rhesus macaques from SHIV acquisition which suggests that incomplete neutralization is not a barrier in protection from HIV.

BnAbs are antibodies which are able to prevent the entry of HIV into cells. These antibodies bind to HIV isolates across the different subtypes, making them attractive to the HIV vaccine field. To test the potency and breadth of neutralising antibodies, researchers use pseudovirus-based neutralization assays. In these assays, the antibody is incubated with the virus for an hour and then the mixture is added to HIV-susceptible cells. The amount of virus which enters the cells can be measured and the percentage of virus that was neutralized can be calculated. Interestingly, some antibodies are unable to neutralize 100% of the virus in vitro. The effect of this incomplete neutralization had not been fully investigated in vivo in terms of these antibodies’ protective ability against HIV-1 acquisition.

Therefore, researchers led by Dan Barouch investigated how well 3BNC117 and PGT121 (antibodies with incomplete neutralization profiles) were able to protect NHPs from SHIV infection. They administered 10 mg/kg and 2 mg/kg of the antibodies followed by rectal challenge with a high dose of a subtype C SHIV strain. PGT121 was able to protect 6/7 of the primates while 3BNC117 did not protect 6/7 animals. Although the animals which received 3BNC117 got infected with SHIV, they experienced delayed plasma viraemia as compared to control animals.

This study suggests that such bnAbs with incomplete neutralization curves can confer protective efficacy. This widens the number of antibodies that researchers can focus on for an HIV-1 vaccine.