Using cell-specific knock-outs to study the function of genes 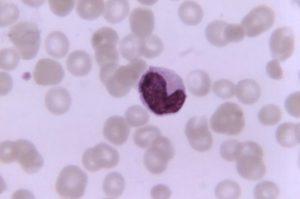 One of the most effective ways of determining the function of a gene is to perform a gene “knock-out” where the gene is deleted in all cells it occurs in inside an organism. This technique has helped scientists to learn the role that genes play, however, it does not allow for specific knowledge of the role the gene plays in specific cell types. Scientists at the La Jolla Institute for Allergy and Immunology headed by Dr Catherine C. Hedrick wanted to improve on this and to delete a specific gene in monocytes.

The researchers previously used global knockouts to understand the role of the Nr4a1 gene and found that in the absences of this gene, Ly6C-low monocytes, nicknamed “patrolling monocytes”, are not produced. This revealed that the Nr4a1 gene is essential for the production of these monocytes. In another publication they showed that cancer cells underwent uncontrolled metastasis when they were injected into Nr4a1-deficient mice. This suggests that these monocytes are important in the control of cancer metastasis.  The question which was still unanswered was whether this observation was due to the monocytes or whether it was due to macrophages.

In their current study, the researchers used next-generation molecular manipulation techniques to delete the Nr4a1 gene specifically in these “patrolling monocytes” and not in all the cells which produce the gene. They located and isolated the Nr4a1 gene enhancer region (E2). They showed that the function of E2 is to activate the expression of the Nr4a1 gene in monocytes but not macrophages. To prove that E2 was specific for Nr4a1 gene expression in monocytes but not macrophages they engineered E2-deficient mice and found that the “patrolling monocytes” were not produced by these mice while the E2-deficiency did not affect the production of macrophages.

Targeting the enhancer found in particular cell types is advantageous as it is highly specific and also helps to understand what activates the gene that is being researched. This study is important as it reveals that genes can be targeted directly within specific cell types and this has implications for targeted gene therapies.