Understanding the skin phenotype of children with eczema 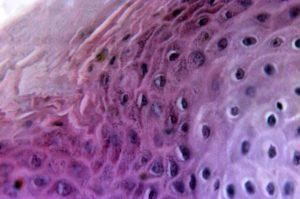 Atopic dermatitis (AD), commonly referred to as eczema, is an inflammatory condition affecting the skin. Individuals with this condition experience itching, swelling and cracking of the skin with fluid seeping from infected areas. The condition usually occurs earlier in life and may be present up to adulthood. Up to 25% of children and 7% of adults develop AD. Individuals with AD usually also suffer from other allergic disease such as asthma and hay fever.

Currently, most of the literature on AD is based on biomarkers identified from studies using adult participants. Therefore, little is known about the AD biomarkers in children (who make up 85% of AD cases). Therefore, researchers from Icahn School of Medicine at Mount Sinai investigated the skin phenotype in early pediatric AD. They wanted to look at the differences between pediatric participants and those with adulthood AD.

The researchers studied 19 children below the age of 5 years old. They found that children with AD had strong Th2 and Th22 activation, similar to that of adults with a slight skew of Th1 responses. However, the children had more epidermal hyperplasia as well as greater infiltration of CD3+, CD11c+, and FcεRI+ cells as compared to their adult counterparts. The children also had significantly higher levels of Th17 and Th9 cytokines as well as IL-33 and IL-8.  Even children with AD but non-lesional skin had higher levels of inflammation, characterised by having higher levels of some cytokines such as IL-17A and IL-19.

The researchers found that there is a significant difference between the skin phenotypes of pediatric AD as compared to adult AD. This could help in the development of personalised treatment and diagnostic tools towards the fight against AD.