Understanding the organization of TB-associated granulomas 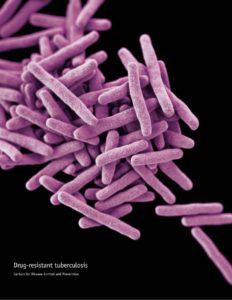 Active tuberculosis (TB) infection may result in the Mycobacterium tuberculosis bacteria entering the lung, leading to the development of granulomas. Granulomas develop after the adaptive immune system is activated upon TB infection. The granulomas form a structure that restricts the M.tuberculosis and surrounds it with adaptive immune cells; mainly macrophages as well as T and B cells. This seemingly serves as an advantage to the host as the bacteria is enclosed in a structure full of immune cells.

However, over time, re-modelling of the granulomas may take place which leads to increased amounts of necrotic factors and subsequently the formation of caseum. This caseum leads to the destruction of the granuloma and the bacteria is able to escape and disseminate. Thus, there is much debate on whether the granuloma is useful or harmful to the host.

A study, led by Eric Rubin from the Harvard T.H. Chan School of Public Health, aimed to characterize factors associated with granuloma development in TB.  Using laser capture microdissection (LCM), the authors isolated various regions within solid, caseous and cavitary granulomas from tissues removed from TB patients who had undergone a pneumonectomy because of severe lung damage.

A combination of proteomics, MALDI-Mass spec imaging and immunohistochemisty allowed them to analyze the entire proteomes and some lipids associated with specific compartments within each granuloma type. More than 3000 proteins were identified across all granuloma types.