Treating AIDS in 2016: New drugs for the future 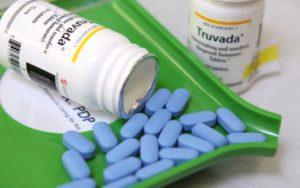 The talk focused on how AIDS treatment regimens needed to be adapted as new drugs have been released. Dr. Orell’s work focused on the “superior efficacy of dolutegravir/abcavir/lamivudine (DTG/ABC/3TC)” in comparison to “ritonavir (RTV) boosted atazanavir (ATV) plus tenofovir disoproxil fumarate/emtricitabine (TDF/FTC).” Her study specifically utilized a population of treatment-naive HIV-1 infected women.

Her study methods randomized her population of HIV-1 infected, but treatment-naive women, into two groups. The first received DTG/ABC/3TC, while the other received ATV+RTV+FTC/TDF. Both groups were treated with their respective drug combinations for 48 weeks. They then counted the number of women who achieved an HIV-1 RNA blood level < 50 copies/mL for each group.