The role of TNF and aging in susceptibility to infection 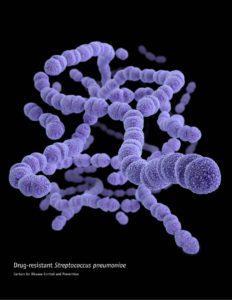 As humans age, their levels of pro-inflammatory cytokines such as tumour necrosis factor (TNF), IL1β and IL6 increase in the serum and tissues. This effect is known as “inflamm-agining”. This age-related inflammation has been shown to be associated with a variety of age-related conditions such as heart disease and dementia.

Epidemiological studies have shown that older adults with high levels of inflammatory cytokines are at greater risk or acquiring and dying from Streptococcus pneumoniae infection but the reason for this effect was not known. Researchers at McMaster University studied what effect TNF has on aged mice and humans.

They showed that TNF causes immature and dysfunctional monocytes to migrate from the bone marrow and to produce pro-inflammatory cytokines. These cells were specifically the Ly6C+ monocytes from mice and in humans, the CD14+ CD16+ intermediate/inflammatory monocytes. This occurred upon stimulation from bacterial products from the S.pneumoniae and resulted in the increase of inflammatory cytokines in circulation.

The older mice, even with increased levels of pro-inflammatory cytokines, were unable to clear the S.pneumoniae infection.  When the researchers blocked TNF pharmacologically or by using genetically modified mice, they found that the amount of irregular monocytes was reduced and the mice were able to fight the infection once again.

This study shows that TNF and monocytes are associated with inflammation in old age and that chronic exposure to TNF, monocytes and the cytokines they produce increases susceptibility to bacterial infections such as S. pneumoniae. This effect is through changes in the monocyte function and maturity levels. The authors conclude that the age of an infected person must be considered to tailor anti-bacterial treatments which will be effective for that specific person.